Raleigh, NC – The Triangle Business Journal has selected Kyle Touchstone, president of Chatham Economic Development Corporation, as one of the winners of its “40 Under 40” Leadership Award. The award recognizes 40 of the most influential and highly accomplished young leaders in the Triangle Region. They select winners based on their contributions to their organization and the community. 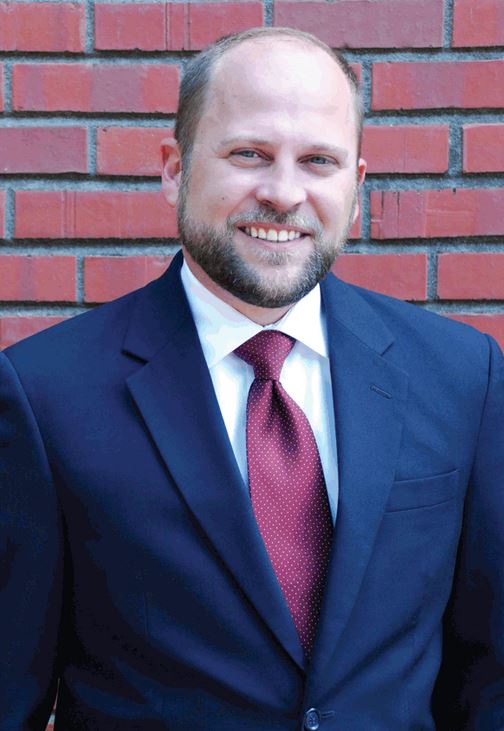 Touchstone joined the Chatham EDC as president in February 2016 and leads the organization’s implementation of a comprehensive economic development plan for Chatham County, which includes three program areas of business attraction, business retention and expansion, and entrepreneurship.

In May 2016, Touchstone successfully led efforts to recruit Mountaire Farms to Siler City, which represents an investment of $70 million and the creation of 700 new jobs. It will be the largest private employer in Chatham County once operational.

“Kyle stepped into a fast-paced economic environment and hit the ground running,” said Chris Ehrenfeld, who chairs the Chatham EDC Board of Directors. “He has done a great job of connecting with a vast network of people throughout Chatham County and the Research Triangle, which is required to be successful as an economic developer. He has earned respect throughout Chatham County.”

During Touchstone’s year in Chatham County, he has furthered the development of Chatham County’s two megasites, the Chatham-Siler City Advanced Manufacturing (CAM) Site and the Moncure Megasite. Both sites have been awarded infrastructure grants of $4 million through the Golden LEAF Foundation’s Major Site Development Initiative.

“This is well-deserved recognition,” said Chatham County Manager Renee Paschal. “Kyle works tirelessly on many different fronts. For example, he has recently been playing a key role in helping us defeat or revise proposed state legislation that would hurt economic development efforts in Chatham.”

Touchstone’s economic development career has included roles in Mississippi, Tennessee and Florida over the past 11 years. A graduate of Mississippi State University, Touchstone holds a Bachelor of Arts in Political Science and Communication. In 2011, he completed the University of Oklahoma’s Economic Development Institute certificate program.