Siler City, NC – Jasmine Brower surprised and dazzled audiences last fall, when she appeared on stage as the patriarch of a Jewish family in Jordan-Matthews High School’s production of “Fiddler on the Roof.” 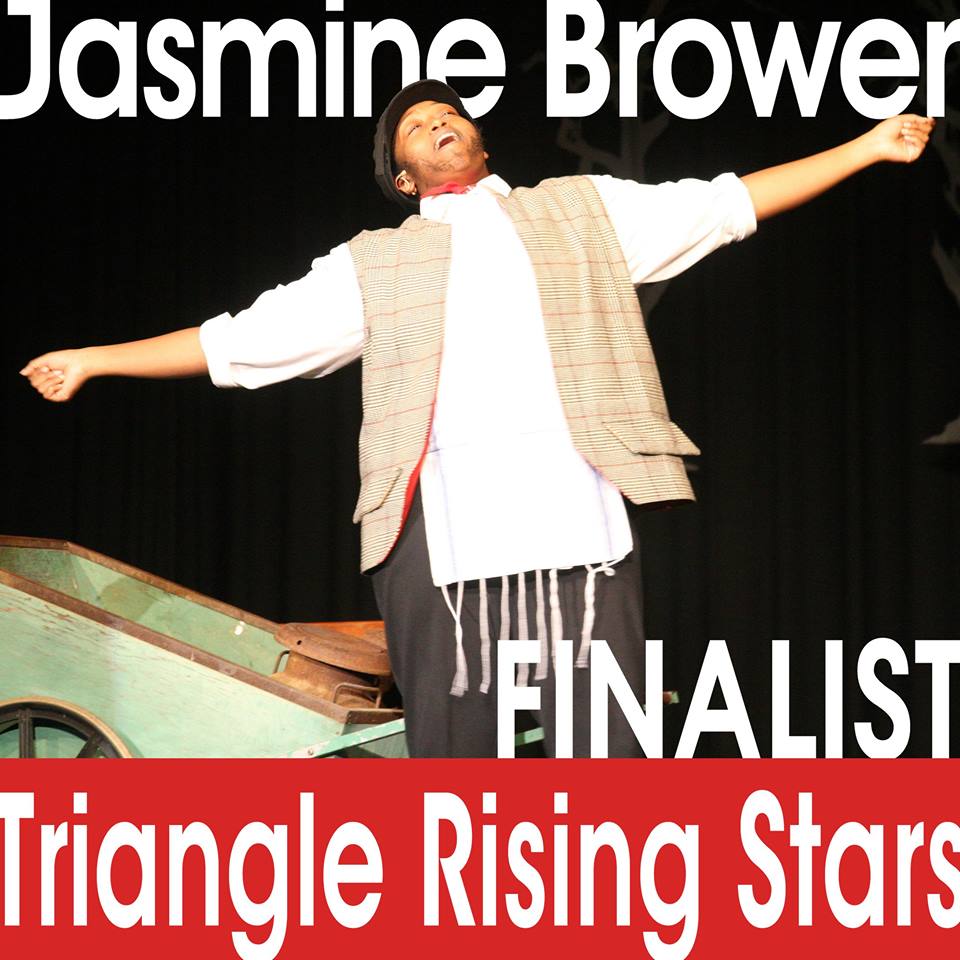 Now, that out-of-the-box performance has earned the high school senior a position as finalist for Best Actress in this year’s Triangle Rising Stars award and scholarship competition.

About 110 students from 33 schools in central and eastern North Carolina were nominated this year before judges trimmed the field to 12 male and 12 female finalists. All will attend a weekend workshop and perform on stage in the Triangle Rising Stars Live Showcase and Awards Show.

The performance is May 16, 7 p.m., at the Durham Performing Arts Center. General admission tickets are $10 from the theater or Ticketmaster.com. Fees apply to purchases online.

Playing Tevye, a middle-aged Jewish milkman with five daughters, was an obvious stretch for this 17-year-old African American woman. She initially auditioned for the role of Tevye’s wife. But that was before director Jessica Nunn, founder of the Phoenix Theatre Company, pulled Brower aside and asked if she would consider tackling one of theater’s iconic roles.

Brower didn’t back down from the challenge.

“I was shocked that they would ask a girl to play the role of a middle-aged Jewish man, but they knew that I was able to do it,” Brower said. “After 30 minutes of thinking, I went back and said ‘yes.’ I never knew from just taking that role, I would learn so much about acting and my capabilities.”

Her director was impressed as Brower attacked the role from the very start. “It was a joy to watch Jasmine immerse herself in this challenging role and to put aside any self-consciousness she might have had,” Nunn said.

Matt Fry, a choral music teacher who was music director for “Fiddler on the Roof,” wasn’t surprised at all, having seen Brower develop as a vocalist over the last few years. The soprano received two superior ratings during choral music performance adjudications held this winter by the North Carolina Music Educators Association.

“Jasmine has grown tremendously as a musician and performer during her four years at JM,” said Fry. “I’m very proud to have been a part of her training.”

Students from around the Triangle region who performed a qualifying role in their high school musical were eligible for consideration as finalists. Judges attended performances and evaluated video highlights to make their selections.

Triangle Rising Stars is part of the National High School Musical Theater Awards, a showcase for student performers across the United States. Best Actors and Best Actresses selected from 30 regional competitions receive an all-expense paid trip to New York, where they participate in a 10-day intensive workshop organized by New York University’s Tisch School of the Arts, train with theater professionals and perform on Broadway at the Minskoff Theatre.

“Fiddler on the Roof” was made possible by significant contributions from JMArts, the Jordan-Matthews Arts Foundation, a nonprofit supporting arts education at Jordan-Matthews High School. In its largest annual project, the organization awards Summer Arts Scholarships to underclassmen, allowing them to attend life-changing summer arts experiences and bring their new expertise back to enrich the school’s artistic community.

The foundation also provides transportation and admission for student-artists to experience professional performances and exhibitions, art supplies to enhance creativity and visiting artists to work with students. For more information is available online at jmarts.org.