Raleigh, NC – “We’ve got a loaded docket, so let’s go ahead and get started,” Senator Louis Pate, Co-Chairman of the Senate Health Care Committee, said to a crowded room in the Legislative Office Building. 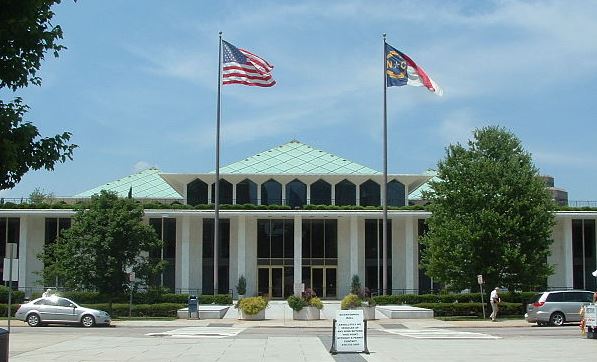 It was Tuesday, July 21, and the Senate Health Care Committee was meeting to consider a number of bills. Among these was House Bill 13, a proposed amendment to the Kindergarten Health Assessment Report that parents must submit when enrolling their children in North Carolina public schools. The bill seeks to both expand and clarify the student health assessment. Currently, only entering kindergarteners fall within its purview. The proposed amendment would extend the requirement to children entering North Carolina’s public schools for the first time at higher grade levels. The bill’s chief sponsor, Rep. John A. Torbett of Gaston County, sees this as a common sense reform that should have been passed long ago. Ultimately, the bill was referred to the Senate Education Committee, where its true fate will likely be decided on Wednesday. It at first would appear to be just another day at the General Assembly.

But at this moment, what might seem like a fairly bland bill is making waves. To understand why, we have to delve into the true purpose and background of the Health Assessment Report. When properly understood, H.B. 13 is not such a bland endeavor. It is in fact a proposal to rein in a state bureaucracy that, on its own initiative, has launched a program to collect and store intimate data about children in public schools, all while requiring parents to waive their right to be involved in discussions about their child’s health.

Existing law provides that “every child in this State entering kindergarten in the public schools” must undergo a health assessment. The proposed amendment begins by making a relatively simple alteration to this requirement, saying:

“Every parent, guardian, or person in loco parentis shall submit proof of a health assessment for each child in this State who is presented for admission into kindergarten or a higher grade in the public schools for the first time.”

This is not particularly controversial — it is simply an attempt to ensure that all students entering North Carolina public schools for the first time meet basic health requirements. However, while one part of H.B. 13 seeks to expand who falls under the assessment requirement, another part seeks to drastically rein in the nature of the assessment itself.

At the moment, state law simply provides that the health assessment must occur before a child enters kindergarten. The Department of Public Instruction (DPI) and Department of Health and Human Services (DHHS) are tasked with the specifics. And it is in these agencies’ implementation that the true problems arise. Together, they are using the health assessment mandate of the General Assembly as a license to solicit, obtain, and store a wide range of data about children, all while requiring parents to waive their rights to be a part of the conversation about their children’s health.

On the present Kindergarten Health Assessment Form, parents are required to sign the following statement:

Parental Consent: I agree to allow my child’s health care provider and school personnel to discuss information on this form and allow the Department of Health and Human Services to collect and analyze information from this form to better understand health needs of children in NC.

This waiver (1) allows school personnel to communicate directly with a child’s healthcare provider without notifying the parents and (2) allows DHHS to store and analyze the information on the form. This waiver is troubling enough in that it puts school officials in between parents and their children’s healthcare providers. However, this problem is exacerbated by the extensive and intimate data that parents are required to provide.

Some of the information on the existing Kindergarten Health Assessment Report is relatively benign – for example, parents must be able to offer a doctor’s note showing that their child has been immunized. This is a common sense part of enrolling children in public schools, and not an area of great concern.

This is just a sampling of the information required for children to enter North Carolina public schools. The entire form is available here. It is important to remember that all of the data on this form is to be stored and analyzed by state government officials. Such a broad assessment is possible due to the fact that, at the moment, the legislature’s mandate to DPI and DHHS is fairly broad. They simply have to make the assessment happen; the implementation is left up to the agencies.

H.B. 13 seeks to correct the situation by limiting the agencies’ discretion as to what to include in the Health Assessment Report. Pages 2-3 of the bill specifically state what may and may not be included. As opposed to the laundry list of items from genitalia to emotional development that are on the current form, the law as amended states that “The health assessment transmittal form shall include only the items listed below,” and then goes on to list off information such as dietary concerns, allergies, and asthma action plans — healthcare information that school personnel truly might need.

The health assessment as a concept is not a repugnant, or even very controversial, matter. But in its implementation both DPI and DHHS have crossed the line. Hopefully legislators will take note of parents’ concern and pass H.B. 13, easily fixing the problem.