Greensboro, NC – The Atlantic Coast Conference Football Players of the Week have been recognized following their performances in Week 8 of the 2018 season. The selections are determined by a vote of a 15-member media panel. The following are this week’s honorees:

QUARTERBACK – Deondre Francois, Florida State, Jr.; Orlando, Fla.
Francois completed 29 of 40 passes for 353 yards and two touchdowns with no interceptions in FSU’s 38-17 win over Wake Forest • It marked his second game of 2018 and the school-record third of his career in which he attempted 40 passes with zero interceptions • Francois also avoided being sacked for the second time this season • He now has eight 300-yard passing games in his career and has accounted for 15 of FSU’s 20 offensive touchdowns on the season.

RUNNING BACK – Antonio Williams, North Carolina, Jr., TB; New London, N.C.
Williams rushed 15 times for a career-high 116 yards and a touchdown in Saturday’s 40-37 double-overtime loss at Syracuse • Williams had a season-long rush of 56 yards and finished the day with 7.7 yards per carry • Also caught a career-high six passes for 38 yards.

RECEIVER – Jamal Custis, Syracuse, Sr., WR; Philadelphia, Pa.
Custis recorded his second 100-yard receiving game of the season, catching a career-high seven passes for 162 yards and a touchdown in Syracuse’s 40-37 double-overtime win against North Carolina • Averaged 23.1 yards per catch, including receptions of 50 and 68 yards • His 68-yard, catch-and-run at the start of the third quarter set up Syracuse’s second touchdown • Also made a 25-yard touchdown grab in the first overtime that temporarily gave Syracuse a 34-27 lead. 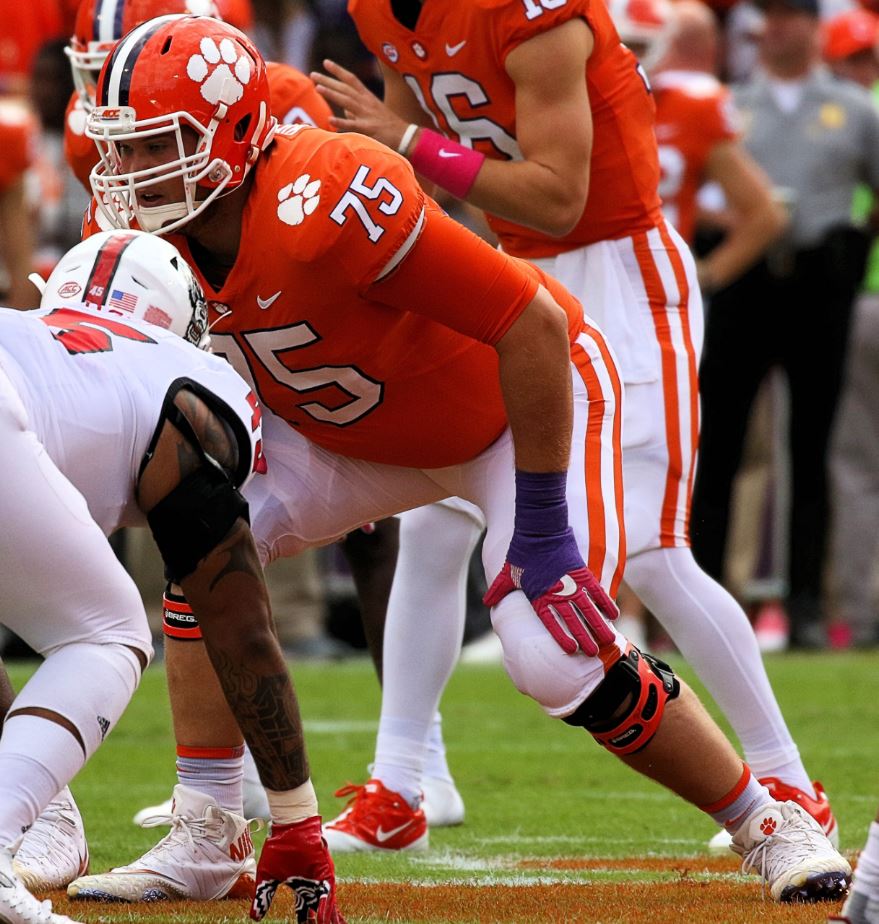 OFFENSIVE LINEMAN – Mitch Hyatt, Clemson, Sr.,; OT, Suwanee, Ga.
Hyatt earned his third ACC Offensive Lineman of the Week honor of the season following his performance in the Tigers’ 41-7 win over No. 16 NC State • Graded out at 95 percent with two knockdowns blocks versus the Wolfpack • Helped power Clemson to 471 yards of offense while tying the school record for most career starts by an offensive lineman (49).

DEFENSIVE LINEMAN – Brian Burns, Florida State, Jr., DE; Fort Lauderdale, Fla.
Burns continued his dominant season in Saturday’s 38-17 win over Wake Forest • Recorded four tackles with two sacks and two tackles for loss • Burns now ranks second nationally in sacks per game • His fourth-down sack in the first quarter was a turning point, spurring the Seminoles’ comeback from an early 10-0 deficit • Burns now ranks seventh on FSU’s all-time sacks list with 23 and 10th with 35.5 tackles for loss • All nine of his sacks this season have come in ACC games.

DEFENSIVE BACK – Bryce Hall, Virginia, Jr., CB; Harrisburg, Pa.
Hall was a menace to the Duke passing attack in Virginia’s 28-14 victory on Saturday • He picked off a pass late in the third quarter after UVA had taken a 20-7 lead on its previous drive and finished the game with three passes defensed • Targeted nine times and allowed only two catches • Registered five tackles as the Cavaliers held the Blue Devils to 18 points below their season scoring average and 70 yards below their average for total offense • Hall was named to Pro Football Focus’ national team of the week after posting an overall grade of 86.9.

SPECIALIST – Dazz Newsome, North Carolina, So., PR; Hampton, Va.
Newsome returned a punt 75 yards for a touchdown in Saturday’s 40-37 double-overtime loss at Syracuse • The scoring play was the first punt return TD for a Tar Heel since Ryan Switzer in 2015 • Newsome also had a career day at receiver, catching seven balls for 90 yards and a touchdown • The two touchdowns on Saturday were the first of his career. 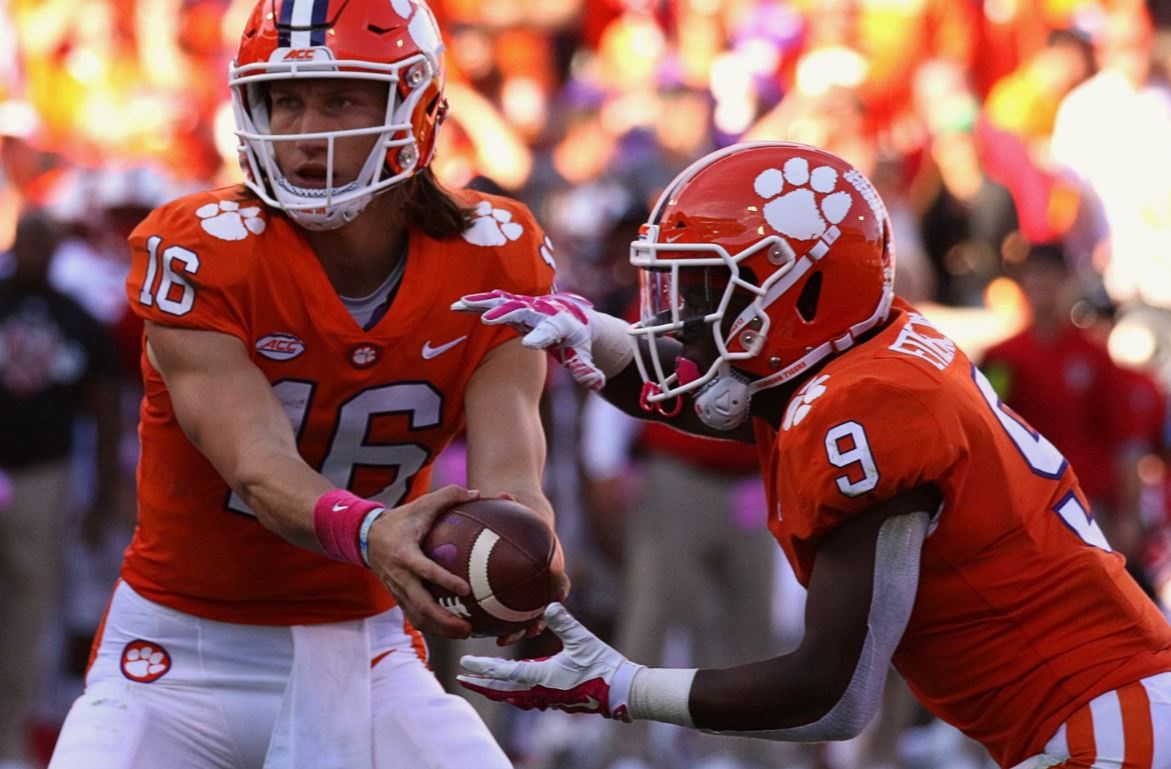 Congratulations are in order for the one and only Anthony Vesce! Breaking and setting records for Seaforth High School with the help of a young and hardworking O-line. What record will he break next???? 🏈 🥇🏈🥇 Let’s go Seaforth Football. ... See MoreSee Less

LOL! 🤣And the Pittsboro town board is considering passing a mask mandate? 🤦‍♂️🤔https://www.foxnews.com/politics/san-francisco-mayor-london-breed-maskless-nightclub-mandate-fun-police ... See MoreSee Less

San Francisco Mayor London Breed remained steadfastly defiant about her behavior after she was photographed at a city jazz club dancing and singing without a mask on earlier this week despite a city m...
View on Facebook
· Share

Jon Sanders, senior fellow in regulatory studies and research editor at the John Locke Foundation, discusses the importance of natural immunity and its role ...