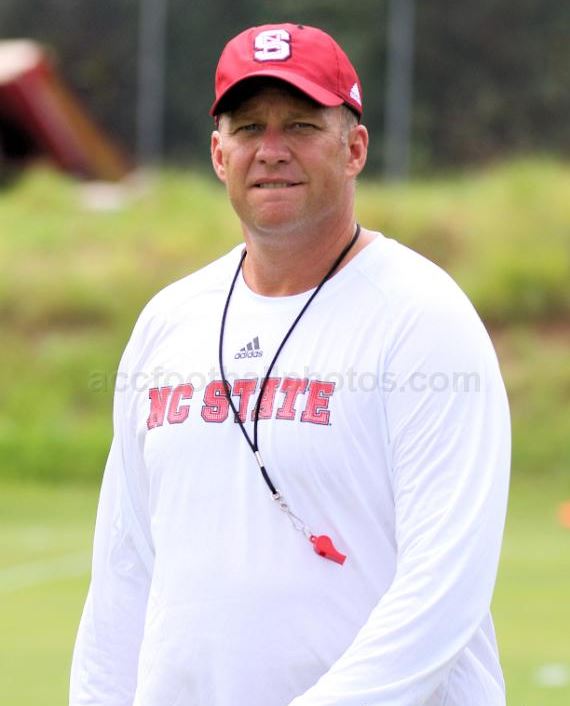 DAVE DOEREN: Coming off a difficult loss against Boston College, you know, our guys are very attentive to the things that we need to do better, and it starts with finishing drives and finishing games and making plays that we’re capable of making throughout the game.

Really good meetings on Sunday with our team, and seeing our leadership step up and do the things that not everybody does when you lose some tough games like we have, that part gives me hope, knowing that we’re a couple plays and a couple games away from being in a much better position.

We’ve got four games left and have a great Florida State team coming in here that really does a nice job offensively of being balanced and has the best tailback probably in the country in Dalvin Cook, and always have great skill, well-coached, and Coach Fisher does a great job calling his plays.

Defensively, they’re, as they always are, good at man-to-man coverage with good pass rushers and a lot of guys that they rotate through the game. Look forward to the opportunity this weekend at home, and a chance to honor the military here with our military appreciation game, which in the state of North Carolina means a lot to this program with Fort Bragg and Camp Lejeune, MARSOC Marine Base, all those things within our state borders. With that, I’ll open it up.

Q. Coming off the last few games, where does the offensive improvement have to come from, and what have you been honing in on in practice this week?
DAVE DOEREN: Yeah, the biggest thing is capitalizing on opportunities. I think it happened Saturday and it happened the previous game, we’ve scored a touchdown that was taken off the board due to an illegal formation. We have a lot of kids that are working hard, that are making plays, and we’ve got to be able to execute, and when you line up in a formation on a play seven and line up in it again three plays later and it was correct one play and not correct the next and it’s the same guy, that’s an issue and that’s focus. So we’ve got to be better at that.

You know, for us to be a good offense, we have to be a balanced offense, and the last two weeks we haven’t been, and so that starts obviously with our run game and being able to get that going, getting Matt Dayes the football and blocking for Matt so that he can go, and the balance in our offense allows us to play action, to naked, to boot, do all the other things. We’ve been throwing the ball vertically down the field well, but we need to be able to run the football effectively, and early in the year and through Wake Forest and Clemson, we were able to do that, but the last couple games, since the Louisville game really and Boston College, we just haven’t had a run game.

Q. That was going to be my question; have there been any common denominators in these last two games that you’ve seen on film that you can point to that have not allowed you to run the ball as successfully as you had beginning of the year?
DAVE DOEREN: Well, I mean, there’s a lot of them. First of all, they’re both good defenses. You have to give them credit. They’re both top-10 defenses. Second thing is we’ve just got to do a better job of finishing blocks. We’re getting on the right people, and it’s draining, just one more step to open up that crease for Matt. Part of it, too, is just sticking with it. You know, it may not be good early, but if you stay with it, like we did in the Clemson game, we ran the ball as good as we did all game in the fourth quarter. You just can’t quit on it, and we’ve got to make sure that we stay loyal to it because over time, it’s going to add up.

We need to be able to be balanced from a play calling standpoint in the run game, and I think that’s the one thing Coach Drinkwitz said Sunday is he’s got to continue to stick with it even when early on it may not be as good as you want it to be and know that you can wear them down and have that where you need it in the second half.

Q. Do you feel like such a close emotional loss to Clemson has had lingering effects on your guys?
DAVE DOEREN: I think it did the week after for sure. But we’ve moved on since then, and I mean, it’s just — the hardest part of this whole thing for our kids and for our coaches is that we’re so close, and we haven’t done it yet. We’re three plays away really from being 7-1, and those are the plays that haunt you and make you feel horrible. A lot of them are self-inflicted, and our guys have done a great job of looking at themselves and our coaches and talking with our guys and being positive and staying with the process that we believe in. We know that we’re close, but that doesn’t mean that you’re happy. You’re disappointed, you know, and you’ve got to find a way to get it back, and that’s what we talked about is just getting back to execution and reduction of error.

Q. Coach, you’ve kind of spread out your passing game a lot, but Bra’Lon Cherry gave you a big lift Saturday. Can you talk about him and what he brings?
DAVE DOEREN: You know, Bra’Lon is a kid that works hard every day, and doesn’t say a whole lot. He shows up and just goes to work. When called on, I think he’s a guy that can make plays for us. He’s had a couple drops that I think really bothered him, and he felt like he had to step up and help the team, and he did, and had a great, explosive play for us Saturday and did that a lot last year in the return game as a punt returner, and he had a big explosive play earlier in the season, as well, on a screen.

He’s a very good run after the catch receiver when we can get him that opportunity.

Q. The other thing I want to ask, we always wonder about home field advantage in football, but it just seems there are exceptions, but it seems like NC State, Florida State and Raleigh is almost always close, competitive, and you haven’t had as much success in Tallahassee. I know there are exceptions, but is there something to that?
DAVE DOEREN: I think there is. I mean, in college football, the home team usually wins percentage-wise, I think, across the board. I think home and away has usually been that way. It’s just Carter-Finley can rock, and any time this place is packed and loud and you’re playing a great team, our fans, our players get into that, and it creates a tough environment for the opponents to say focused. We need that from our fans and our students. There’s no doubt. In the past it’s definitely had an effect. I know playing them here a couple years ago, it was a great crowd, and I expect the same this weekend.