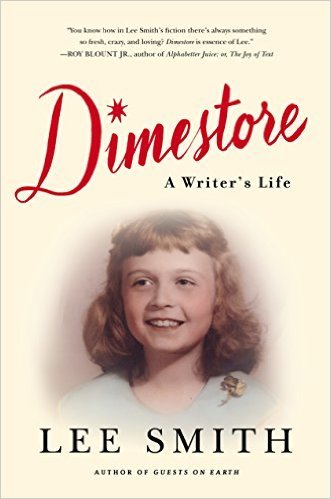 After publishing 13 novels and numerous short stories that have won for her a passionately loyal group of fans and friends, the best-selling Hillsborough author has written a memoir, her first non-fiction book. It turns out that the real stories she tells are even better than the wonderful ones she has told in her novels and short stories.

Her descriptions of the real characters in her life are, like her fictional characters, compelling. When “Dimestore” comes out in a few weeks, it will open the door for her many fans to know her as well or better than her good friends do.

It will give clues about how growing up in a small Appalachian coal mining town and spending most of her life working, writing and raising a family here in North Carolina have influenced her writing.

Readers will learn that her seemingly idyllic growing-up time, with devoted parents and surrounded by loving members of an extended family, was full of challenges.

In a chapter titled “Kindly Nervous,” Smith describes the “immense anguish” her beloved father felt during bouts of bi-polar mania.

But for Smith there was a bright side to her father’s condition, which he described as “kindly nervous.” When her father could not sleep, he would work all night long at the Dimestore he owned in downtown Grundy, Va. Smith accompanied him to the store and slept on a pallet under his desk. In the morning, he took her to breakfast. “How I loved those breakfasts! I got to have my scrambled eggs and my own big white china cup of sweet, milky coffee alongside early-morning truckers and the miners who’d just worked the graveyard shift, their eyes rimmed with coal dust like raccoons.”

Her mother suffered, too, and was often hospitalized for depression and anxiety. 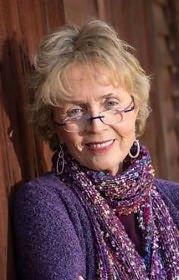 But, again, Smith emphasizes the bright side. “This is my story, then,” she writes, “but it is not a sob story. Whenever either of my parents was gone, everybody–our relatives, neighbors, and friends–pitched in to help take care of me, bringing food over, driving me to Girl Scouts or school clubs or whatever else came up.”

Once, both parents were hospitalized, her mother in Charlottesville. Her mother’s doctor invited the 13-year-old Lee to have lunch with him. “Our luncheon,” she writes, “remains one of the most memorable occasions of my youth.”

After a long formal lunch with lots of conversation about Lee’s love of literature, the doctor asked her if, because both parents were ill, she was worried about getting sick herself.

When the doctor said, “yes,” Lee thought, “How did he know? Because that was exactly what I thought about, of course, all the time.”

The doctor kindly assured her that he was a good doctor and she seemed to be “a very nice, normal girl, and I am here to tell you that you can stop worrying about this right now. You will be fine.”

She was fine, and, as she faced other challenges throughout her life, instead of complaining, she explains how such events can be blessings for an author.

“This is an enviable life, to live in the terrain of one’s heart,” she writes. “Most writers don’t–can’t–do this. Most of us are always searching, through our work and in our lives: for meaning, for love, for home. Writing is about these things. And as writers, we cannot choose our truest material. But sometimes we are lucky enough to find it.”

We, her readers, are so lucky she did.

Note: Lee Smith will appear next week on North Carolina Bookwatch. See below.

D.G. Martin hosts “North Carolina Bookwatch,” which airs Sundays at noon and Thursdays at 5 p.m. on UNC-TV. This Thursday’s (February18) guest is Margaret Maron, author of “Long Upon the Land.”

Thursday 5pm March 3 Joseph Bathanti, author of “Half of What I Say Is Meaningless” and “The Life of the World to Come”

Thursday 5pm March 17 Rob Dunn, author of “The Man Who Touched His Own Heart”

← In support of the re-election of Chatham Commissioner Mike Cross
Is it more offensive to encounter a little bit of snarkiness then to deal with a whole bunch of environmental hypocrisy? →