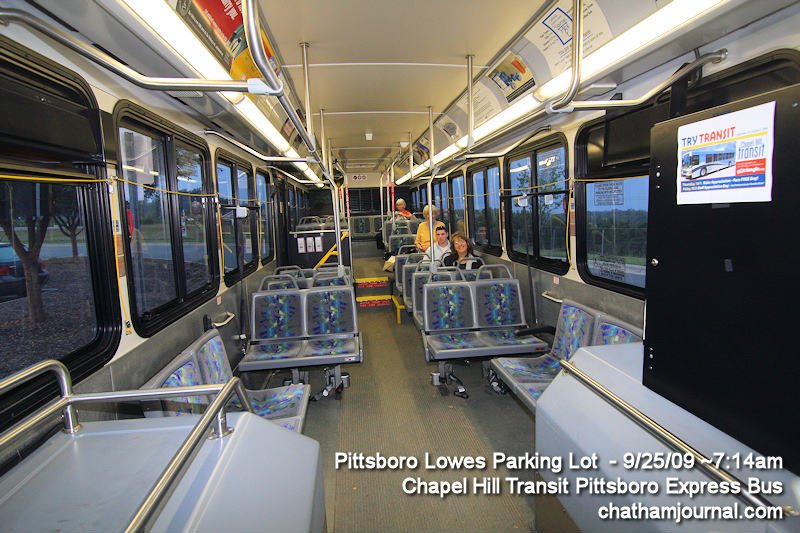 Pittsboro Express bus has been running under capacity for years. An average of less than 75 individuals per day ride the bus.

They are asking the Town of Pittsboro and the County if there is an interest in increasing the funding of this service. They have provided what the numbers look like for continuing the service and Mayor Terry is present from the Town of Pittsboro and it is his understanding the Town wants to work with Chapel Hill Transit to continue the funding. Mr. Litchfield stated he would be happy to answer any questions. 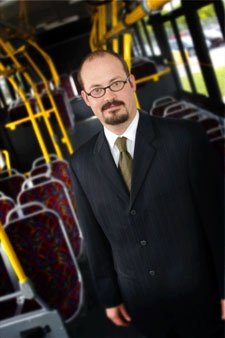 Chairman Jim Crawford asked if Mr. Litchfield found there was a lot of political opposition to the bus system in his part of North Carolina. Mr. Litchfield stated Chapel Hill-Carrboro has the second largest transportation system in North Carolina. They operate about two and half million miles a year carrying around seven million people. It is supported by the towns and heavily invested in by the towns. The Town of Carrboro invests more in the transit than they do in any other entity in the town.

Chairman Crawford stated public transit is a bit of a political football in this county.

Mr. Litchfield stated he understands having worked with previous commissioners and the County Manager in the past and they are willing to work with the Board however they can move forward.

Commissioner Diana Hales asked if this route runs only between Pittsboro and Chapel Hill. Mr. Litchfield stated that is correct. There are three trips in the morning and three trips at night beginning at the Lowe’s in Pittsboro, going down 15-501 and to the university campus, and then making the return trip. They also contract with the Chatham Transit Network to provide two of the trips.

Commissioner Hales asked what he is looking for. Mr. Litchfield stated the estimated annual cost is $144,000. The Town of Pittsboro has committed to about $12,000 each year and they are interested in doubling that to about $24,000. That would leave about $120,000 for the County or others to cover. The University has expressed interest in covering some of the cost of their employees passes. In the past that money has been reduced from the Town and the County’s portion of the cost. If the county is interested he believes that this can be worked out by the three parties.

Commissioner Howard stated she thinks there is interest and the demand is going to continue to grow.

Chairman Crawford asked if the $144,000 is half the cost of running the line because he had mentioned that half of the cost that they had been getting from the state was going to be gone. Therefore the total cost of running the line must be higher. Mr. Litchfield stated the grant funding will no longer be available at the end of the fiscal year. The costs that he is quoting are the labor costs and the cost of consumables. It does not include overhead or capital costs. This recommendation covers our basic costs of the service. This assumes that the Town of Chapel Hill, the Town of Carrboro and the University put no money into it at this time. If the University helps subsidize the pass it will help reduce that cost.

Crawford stated consumables being the fuel and cleaning the buses, labor being the drivers and maintenance, the buses themselves are essentially what the transit is providing to keep the route going.

Mr. Litchfield stated that was correct. Any staff time associated with any marketing or promotion and any day to day work that keeps the service going was also not included in the cost.

Chairman Crawford stated he wanted to make it clear that the total cost was not being pushed on Chatham County, that it is being split.

Commissioner Walter Petty asked what the ridership is currently compared to 2011 from Lowe’s to the UNC Campus just for the citizens for Chatham County. Mr. Litchfield stated the route as a whole has gone up quite a bit, about 3,168 riders a month. That does include some trips on campus but the majority of those riders are people getting on at Lowe’s and getting off at campus. Back in 2011 they had about 1,600 riders a month.

The County Manager stated this is on the budget work session as an item and they could have Mr. Litchfield come back with more details.

Commissioner Petty asked of the 3,168 riders, how many of those are making a round trip. More specifically, does that mean there were really only 1,500 riders making two trips. Mr. Litchfield stated it would be 1,500 riders. Commissioner Petty stated he believes saying 3,100 riders is a misrepresentation. He believes there should be a better way to clarify the number of people served. Mr. Litchfield stated they refer to it as the number of trips. He stated he can get the exact number of people boarding at the Park and Ride.

Vice Chair Cross stated it would also be helpful to know if the University is going to contribute. Mr. Litchfield stated the University has expressed an interest in subsidizing the passes, which cost $65 per month. That amount depends on the number of riders. The amount would be reduced from the amount spent by the County and the Town.

← Chatham commissioners appoint George Lucier to CCCC Board of Trustees
Commissioners Howard, Hales and Crawford give away $30,000 without going through normal budget process →