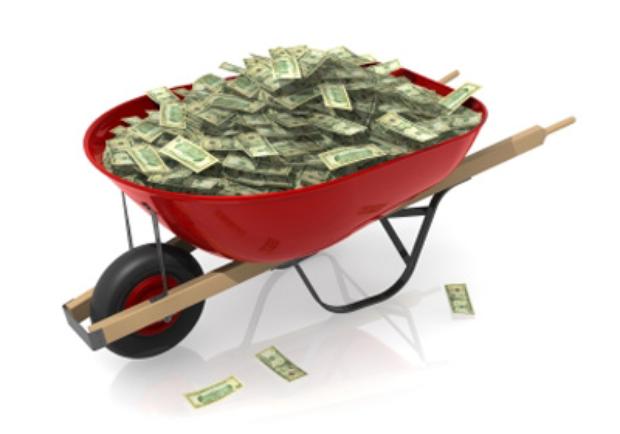 Ms. Paschal asked if the $30,000 is in addition to the money that has already been set aside in EDC. Commissioner Howard stated it is.

Commissioner Walter Petty asked why this request would not go through the normal budget process like all other request instead of being added on at the last minute. There has been no formal request or presentation by this group and he believes $30,000 requires a group to explain to the Board why they need the money and how they intend to use it.

Commissioner Karen Howard stated the Director of the Arts Council was present if anyone had any questions and the organization had made several presentations to the Board about the importance of investing in the arts.

Commissioner Karen Howard stated staff has said it is acceptable for the Board to do this at this stage of the process.

Vice Chairman Mike Cross stated it is legally acceptable but he does not know that it is acceptable to the public. He agrees that the Board doesn’t have to be in such a rush and they can hear a presentation about what the $30,000 is going to be used for. He also agrees in supporting the arts but why is there such a rush?

Commissioner Howard stated the artisan residence program does have a time factor. They have to get artists lined up for the new school year. Commissioner Diana Hales stated the idea is to stimulate more programs under the umbrella of the Chatham Arts Council. There needs to be a more comprehensive approach to funding the arts going forward.

Commissioner Diana Hales asked if it was known how quickly the Arts Council needed the funds in order to be able to move forward with the program.

Commissioner Karen Howard stated their next meeting is late July. If the Board waits to have a presentation and a discussion at the July meeting then the Arts Council won’t receive the funding until August and school starts in August. They need to secure the students in July.

Commissioner Petty asked why this wasn’t brought to the Board earlier in the budget process if time was an issue.

Commissioner Howard stated she takes full responsibility for that. She should have brought it to the Board earlier. Having considered it later she is still prepared to bring it to the Board and stand by it.

When people talk about the differences between East Chatham County & West Chatham County is this what they are talking about? www.frontpagemag.com/fpm/2021/06/small-secessions-new-civil-war-daniel-greenfield/ ... See MoreSee Less

The Small Secessions of the New Civil War - Frontpagemag

When to See the 'Strawberry Moon,' the Last Supermoon of 2021

The last supermoon of 2021—the Strawberry Moon—is poised to light up skies later this week.
View on Facebook
· Share

To be short, yes we are very different then they are. Yes the Haw puts Pittsboro and Siler on the same side. The general idea was to cut down 87 then across to the Haw to the south , leave Pittsboro on the north east Chatham side and the rest to the west . I was a real supporter of this idea until I met those folks trapped in the north east corner who are being forced out by the far left blue mafia . ...chathamchatlist.com/2021/06/20/western-chatham-is-very-different-than-eastern-chatham/ ... See MoreSee Less

To be short, yes we are very different then they are. Yes the Haw puts Pittsboro and Siler on the same side. The general idea was to cut down 87 then across to the Haw to the south , leave Pitts...
View on Facebook
· Share

Carrboro resident Joal Broun is set to become Orange and Chatham Counties' latest district court judge, after being appointed to District 15B on Thursday.
View on Facebook
· Share

After struggling with CenturyLink for quite some time, we finally discovered T-Mobile wireless internet. It’s not available everywhere but if it is at your location, I can recommend it. We’ve had good service since getting it about 4 months ago. You order it online. It’s such a relief after the many issues with CenturyLink, which they are by the way quite aware of and have made a deliberate marketing decision to ignore. ...chathamchatlist.com/2021/06/20/we-finally-discovered-t-mobile-wireless-internet/ ... See MoreSee Less

After struggling with CenturyLink for quite some time, we finally discovered T-Mobile wireless internet. It’s not available everywhere but if it is at your location, I can recommend it. We’ve had....
View on Facebook
· Share