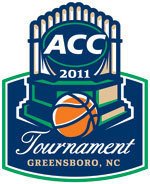 • The overtime game between Virginia and Miami was the first in an ACC Tournament since 2007. There were three overtime contests that year, two in the first round and one in the quarterfinals, a 74-71 Boston College victory over Miami. That had been the Hurricanes’ only previous OT outing in the ACC Tournament.

• The last time the opening game in an ACC Tournament went to overtime was 2004, when No. 8 Virginia outlasted No. 9 Clemson, 83-79. That year also saw the most recent championship game that went to overtime, Maryland’s win over Duke. That remains the only title won by a team other than North Carolina or Duke since 1996, and the only conference title secured by a Gary Williams squad.

• Virginia is now 4-3 in overtime in the ACC Tournament.

• There were five overtime games during the ACC regular season, all but one against nonconference opponents. The only overtime in a league contest involved Virginia and Miami at Coral Gables on February 5. UVa led in that game until the late going, only to watch the Hurricanes blow by to take a 70-68 win. Until today, that was the only overtime game for either team this season. Miami had lost nine straight OT games dating to 2006 prior to beating Virginia in February. The Cavs have lost four straight in extra innings including twice last season.

• Miami’s Malcolm Grant matched the school mark for an ACC Tournament game with 11 attempted 3-pointers. Like Jack McClinton in 2008, he made three.

• The 29 threes attempted by Miami was a school record for the tournament, as was the 10 that went in.

• Miami advanced to face No. 1-seed North Carolina, which it has yet to play in an ACC Tournament.

• The Boston College-Wake Forest game not only matched two-name schools, but first-year coaches. The only time a pair of ACC freshman head coaches met previously in the tournament was 2001, when Matt Doherty’s North Carolina squad beat Paul Hewitt’s Georgia Tech Yellow Jackets 70-63 in the semifinals.

• Wake Forest has lost five straight ACC Tournament games. The longest losing streak in the event is 11 games by Virginia from 1959-69. Wake’s longest run was seven straight defeats from 1987-93.

• Boston College’s 14-point margin of victory against Wake matched its largest in an ACC Tournament game.

• Both BC coach Steve Donahue and N.C. State’s Sidney Lowe are masters of the sideline whistle to aurally direct their teams.

• Three of the four participating teams in the afternoon session did not have players’ names on their jerseys.

• Boston College had one steal, matching its ACC Tournament low recorded in last season’s loss to Virginia. Biko Paris’ six made 3-pointers matched the school mark in the event, set by Tyrese Rice with an identical 10 attempts in overtime in 2007.

Pittsboro, NC – On Wednesday, June 16 the Seaforth High School Athletic Department, under the direction of AD Jason Amy held an open house. The meet and greet event was an opportunity for student-athletes and parents/guardians to meet and learn more about the Hawks coaching staff. Before the meet and greet portion of the evening, UNC baseball coach and Chatham County resident Scott Forbes met and talked to the new coaches in the school auditorium. Story with video here Date: Fri, 18 Jun 2021 17:14:55 -0400From: Gene GalinSubject: UNC baseball coach speaks to new Seaforth HS coacheschathamchatlist.com/2021/06/20/unc-baseball-coach-speaks-to-new-seaforth-hs-coaches/ ... See MoreSee Less

Pittsboro, NC – On Wednesday, June 16 the Seaforth High School Athletic Department, under the direction of AD Jason Amy held an open house. The meet and greet event was an opportunity for student-a....
View on Facebook
· Share

Pittsboro's Carolina Brewery is helping Chatham Animal Rescue and Education (CARE) by offering Dine & Donate. Mark your calendar and SAVE THE DATE for Monday, June 21! Every third Monday of the month, five percent of the day's sales, including dining in or take out, will go to CARE to help dogs and cats in Chatham County get the veterinary medical care, food and supplies they need while looking for their forever homes....chathamchatlist.com/2021/06/20/dine-and-donate-to-benefit-care-on-june-21-at-the-carolina-brewery/ ... See MoreSee Less

Pittsboro’s Carolina Brewery is helping Chatham Animal Rescue and Education (CARE) by offering Dine & Donate. Mark your calendar and SAVE THE DATE for Monday, June 21! Every third Monday ...
View on Facebook
· Share

On the enduring significance of potato salad

How are you celebrating your Dadfest 2021 weekend? ... See MoreSee Less

Stopped by the Pittsboro traffic circle on Monday afternoon. Crew was working on painting lines for the crosswalks. Circle was due to open by the end of the day for car traffic. Ongoing work will continue with intermittent traffic interruptions on the northwest side of the circle by the music and toy stores. The third phase will be the southwest side by Justice Motors....chathamchatlist.com/2021/06/18/videos-pittsboro-traffic-circle-reopened-to-cars-on-june-14/ ... See MoreSee Less

Stopped by the Pittsboro traffic circle on Monday afternoon. Crew was working on painting lines for the crosswalks. Circle was due to open by the end of the day for car traffic.Ongoing work will co...
View on Facebook
· Share