Pittsboro, NC – The body of a teen who was reported missing near Sugar Lake in Pittsboro since last Wednesday has been found. The Chatham County Sheriff’s Office reported that Gabriel “Boone” Cummins was found dead in Sugar Lake early Tuesday morning shortly after 1 a.m. Authorities said the unofficial cause of death appears to be drowning. 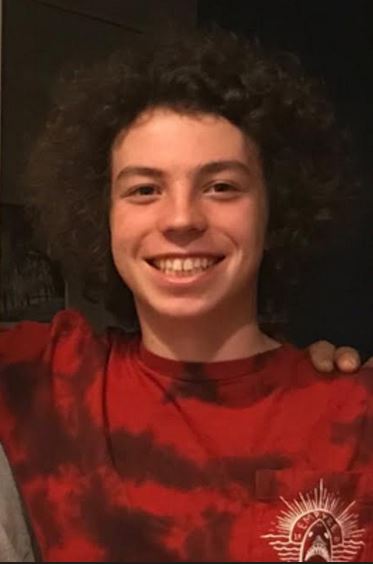 Authorities had suspended their search of the lake around 2 p.m.on Friday afternoon because of plummeting water temperatures and zero visibility at 40 feet below the water’s surface. The lake floor is littered with old machinery and other hazardous debris that pose safety concerns for divers.

Authorities resumed their search on Monday after the Sherills Ford Fire Department in Catawba County offered to use its remote operated vehicle. These remote controlled devices are capable of performing searches that are too dangerous for human rescuers. A search and rescue team used the robotic vehicle to recover the body of a missing 18-year-old from the Chatham County lake. 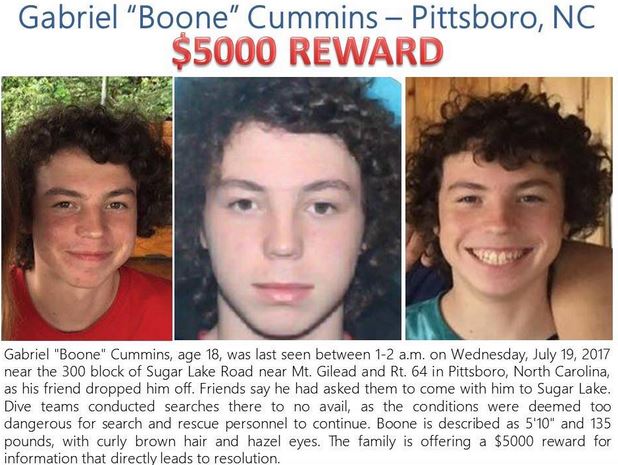 Boone’s body was transported to the state medical examiner’s office to determine an official cause of death. 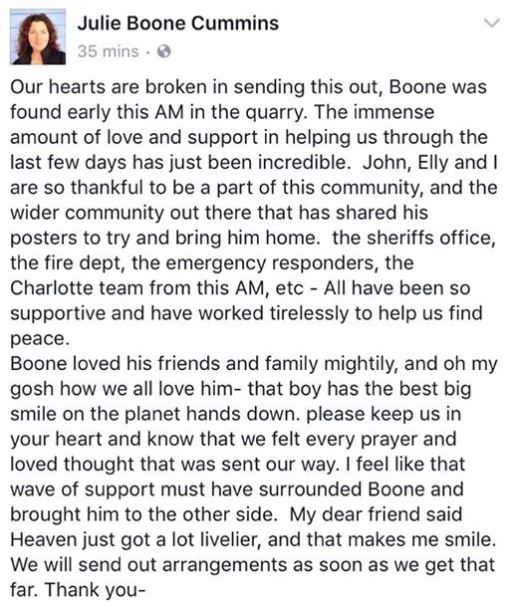 Boone’s mother, Julie, posted this publicly on her Facebook page on Tuesday morning.