Siler City, NC – Bluegrass/Americana sensation Nu-Blu will be making a rare hometown appearance July 14, when they team with the Siler City Police Department to bring a new event downtown.The Blu-Blast Block Party will be held at the Oasis Open Air Market, and will celebrate the heritage of Siler City. The award-winning band will be featured in a free concert, as the band celebrates their sixth national album release,Vagabonds, which hit stores in April. The event will serve as the official kickoff event for National Night Out.

“Spending 200 plus days a year on tour doesn’t afford us much time here at home where it all started,” said Carolyn Routh. “We are grateful for the opportunity to work with Chief Tyson and the officers and support staff of the Siler City Police Department and town staff in putting together this community oriented event. Nu-Blu is always excited to give back to all the folks at home who have supported us and our music over the years.”

There is something for everyone at the Blu-Blast Block Party. In addition to great live music, the event will have great food and fun for the entire family, including games for the kids. Along with food vendors, there will also be arts and crafts vendors on-site, showcasing the very best of central North Carolina. Officers of the Siler City Police Department will also be on-hand to meet with attendees, and help spread the love. 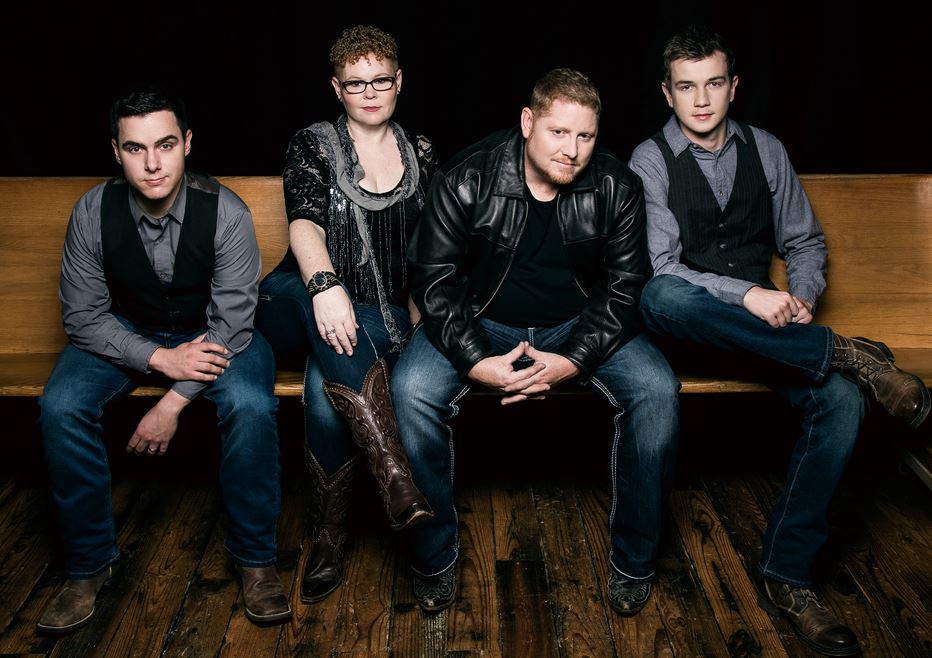 About Nu-Blu:
Hailing from Siler City, NC, the textbook definition of a picturesque small southern town, Nu-Blu’s heart and soul is husband-and-wife duo Daniel and Carolyn Routh. Carolyn’s caramel-coated soprano is one of the band’s defining traits, at times a tender lullaby, at times a freight train headed straight for you, but always unwinding a surprising tale. Daniel is the group’s backbone, a multi-instrumentalist and vocalist who also handles band management. TJ Honaker on vocals and banjo, and Clint White on fiddle/mandolin round out the quartet’s warm, layered, American roots sound. Together they deliver upbeat, blazing-fingers pick work just as well as gentle, heartwarming ballads, and they do it all with a natural togetherness that can’t be faked, forged over hundreds of shows on the road.

Millions of neighbors take part in National Night Out across thousands of communities from all fifty states, U.S. territories, Canadian cities, and military bases worldwide on the first Tuesday in August (Texas celebrates on the first Tuesday in October). Neighborhoods host block parties, festivals, parades, cookouts and various other community events with safety demonstrations, seminars, youth events, visits from emergency personnel, exhibits and much, much more.

Jon Shain and FJ Ventre at Bynum Front Porch on July 30. The duo play all around the borders of the blues, including elements of blues-rock, jazz rhythms, ragtime picking, and John Hurt-esque folk melodies.chathamchatlist.com/2021/07/27/jon-shain-and-fj-ventre-at-bynum-front-porch-on-july-30/ ... See MoreSee Less

If you haven’t already joined Bynum Front Porch this summer for one of these FREE, family friendly, Friday evening shows, make this one your first. Bring your families, friends and lawn chair...
View on Facebook
· Share

CORA is getting ready for our Hunger Heroes Food Drive this August! Here is a list of the most needed items and you can drop them off at local businesses or CORA. CerealMasecaCanned fruitCanned veggiesCanned salmonPastaCanned pasta sauceOlive oilSpices Learn more here: corafoodpantry.org/events/cora-hunger-heroes/ *Rebecca Hankins**Development and Communications Director*40 Camp Drive, PO Box 1326…...chathamchatlist.com/2021/07/27/hunger-heroes-food-drive-to-help-those-facing-hunger-in-chatham/ ... See MoreSee Less

CORA is getting ready for our Hunger Heroes Food Drive this August! Here is a list of the most needed items and you can drop them off at local businesses or CORA. CerealMasecaCanned fruitCanned veg...
View on Facebook
· Share