Pittsboro, NC – Carole, I don’t know how you vote but this scenario you are upset about just substantiates those of us that fight for less government and giving rights back to individuals. Government is out of control with all the regulations and taxes on everything they can get away with. I imagine those that fought for freedom in the 1700’s felt like we do now. We are under government oppression and it isn’t going to get better. 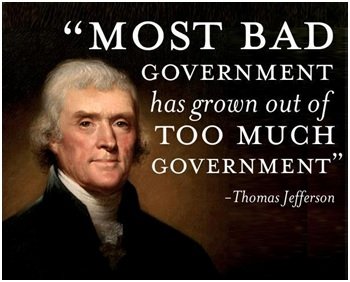 The more power government gets, the more power it takes. It is interesting how progressives can’t see that the more government intervention they argue for and support actually gives them less and less ability to fix things like the environmental causes they care so much about. The EPA is a prime example of governmental control gone wild.

You can’t blame only the current ruling people only as this has been a long time in the making and obviously voting new people into office in Chatham County didn’t change the outcome!  Just lined the county pockets with extra funds. Now all you can do is to try to ensure the funds are spent as promised.

Good luck!  We see how gas taxes have given us such fine roadways and lottery money has provided spectacular schools!

Wow! Isn’t wonderful!!!  A company who has shown year after year that it is incapable of safely storing its own waste on its own site has gotten a permit from the state to store that same waste product in the middle of communities in Chatham County. That we the people are NOT allowed to stop this by the state?  Whose back pocket is DE in. The state and that committee, as well as DE should be held accountable. Our water and water table will be effected by fracking and the waste dumping of coal ash. The biggies in both state and DE do not care. If they did, they would reduce their waste and safely store that waste on their own site.

Northwood has tickets remaining for tonight's football game. There will be no ticket sales at the gate. All tickets must be purchased online. With limited capacity and 6 feet social distancing required a limited supply remains. To purchase a ticket for tonight's game against Chapel Hill click on the following links:1. www.gofan.co/app/events/250412or2. www.gofan.co/app/events/250407 ... See MoreSee Less

Overhead look at the new Seaforth high school in C