Raleigh, NC – That’s why it came as a surprise, yesterday when the State Board of Elections refused to certify NC’s 9th Congressional District election, where Republican Mark Harris had defeated Democrat Dan McCready by just 905 votes and McCready had already conceded. 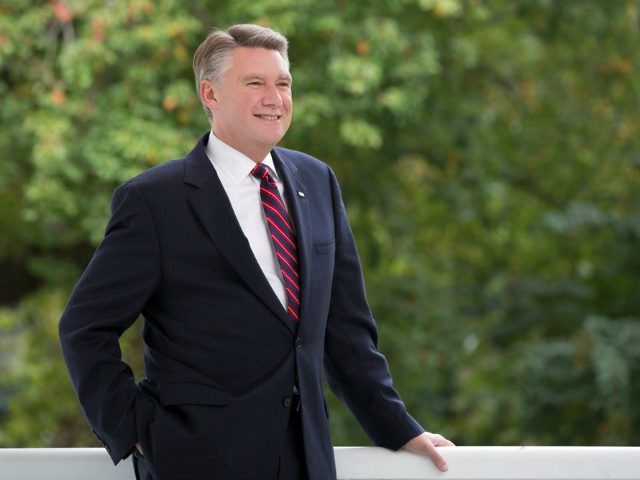 All of the ballots have long been counted and certified in the district’s eight counties, so the state board’s certification looked like a yawner until Democrat board member, Joshua Malcolm, cited concerns with fraud or voting irregularities and motioned to exclude the 9th CD race from certification. The motion carried, 9 to 0.

Observers were still in the dark until Progressive activist, Gerry Cohen’s late night tweet spilled the beans on his party’s agenda to pick apart the votes that Harris earned during the close contest.

According to Cohen, one precinct in the heavy Democrat Bladen County counted 159 absentee ballots. Only 18 were Democrats, 32 were Republican and 109 were listed as Unaffiliated, but “just 4 were black.”

The Republican explanation to such an unusual statistic would be that Harris had gained lots of black supporters in 2012, after his leadership in the Marriage Amendment election.

Others say Harris just beat Democrats at their own game. Bladen County was heavily criticized by incumbent Republican Pat McCrory, who lost his 2016 reelection bid. After that race, the State Board’s Investigations Division seized all absentee ballots and evidence suggested that demented nursing home patients had their ballots harvested by Democrat activists, but such vote fraud is rarely prosecuted in North Carolina.

The emerging Democrat narrative is that Harris organized some sort of absentee ballot vote fraud scheme, so  McCready should withdraw his concession and “contest” the outcome when Nancy Pelosi, as Speaker of the House, would make the final determination.

According to the Heritage Foundation’s Hans von Spakovsky, the procedure for contested Congressional races involves the losing candidate filing formal charges with the House Administration Committee, which would make a final recommendation to the full House.

He said the final authority in that type of scenario is the Congress and not the courts.

HIs unsolicited advice was for Congressman-elect, Mark Harris to “recruit good lawyers in all eight of his counties.” Their job would be to make sure the final vote tallies don’t start changing.

When asked whether or not Harris should be concerned, von Spakovsky said, “with the victory margin that small, Harris is in peril.”

When people talk about the differences between East Chatham County & West Chatham County is this what they are talking about? www.frontpagemag.com/fpm/2021/06/small-secessions-new-civil-war-daniel-greenfield/ ... See MoreSee Less

The Small Secessions of the New Civil War - Frontpagemag

When to See the 'Strawberry Moon,' the Last Supermoon of 2021

The last supermoon of 2021—the Strawberry Moon—is poised to light up skies later this week.
View on Facebook
· Share

To be short, yes we are very different then they are. Yes the Haw puts Pittsboro and Siler on the same side. The general idea was to cut down 87 then across to the Haw to the south , leave Pittsboro on the north east Chatham side and the rest to the west . I was a real supporter of this idea until I met those folks trapped in the north east corner who are being forced out by the far left blue mafia . ...chathamchatlist.com/2021/06/20/western-chatham-is-very-different-than-eastern-chatham/ ... See MoreSee Less

To be short, yes we are very different then they are. Yes the Haw puts Pittsboro and Siler on the same side. The general idea was to cut down 87 then across to the Haw to the south , leave Pitts...
View on Facebook
· Share

Carrboro resident Joal Broun is set to become Orange and Chatham Counties' latest district court judge, after being appointed to District 15B on Thursday.
View on Facebook
· Share

After struggling with CenturyLink for quite some time, we finally discovered T-Mobile wireless internet. It’s not available everywhere but if it is at your location, I can recommend it. We’ve had good service since getting it about 4 months ago. You order it online. It’s such a relief after the many issues with CenturyLink, which they are by the way quite aware of and have made a deliberate marketing decision to ignore. ...chathamchatlist.com/2021/06/20/we-finally-discovered-t-mobile-wireless-internet/ ... See MoreSee Less

After struggling with CenturyLink for quite some time, we finally discovered T-Mobile wireless internet. It’s not available everywhere but if it is at your location, I can recommend it. We’ve had....
View on Facebook
· Share