Durham, NC – Wake Forest concluded its 2018 season with a 6-2 loss to No. 12 Duke in ACC Championship pool play, 6-2, in 13 innings at Durham Bulls Athletic Park on Thursday.

Griffin Roberts and Rayne Supple combined for 11.0 strong innings on the mound for the Demon Deacons (25-32), but the Blue Devils (40-14) broke through with four 13th-inning runs to seal the win. Wake Forest pitcher and catcher meet at the mound.
(photo by Gene Galin)

The game was the longest for Wake Forest in the ACC Championship since also playing 13 innings in an 8-7 win over North Carolina in 2000. The Deacs’ longest was a 14-inning contest against Clemson in 1986.

Roberts struck out six over 7.1 innings, allowing two runs on just four hits and a walk.

Bobby Seymour blasted a two-run double off the left-field wall in the third to give Wake Forest an early 2-0 lead.

Duke scored its first run in the fifth on a walk, stolen base, infield single, and RBI single by Jack Labosky. The Blue Devils tied it the following inning on a single, wild pitch, and Griffin Conine RBI single.

Rayne Supple entered in the eighth and tossed 3.2 shutout innings, striking out four while allowing four hits and a walk.

The Deacs weren’t able to get to the Blue Devil pen either, though. Graeme Stinson, Ethan DeCaster, Bryce Jarvis and Jack Labosky combined to throw 8.0 scoreless frames, striking out 14 while conceding only three hits and a walk. Wake Forest managed only one single between the sixth and 12th innings. 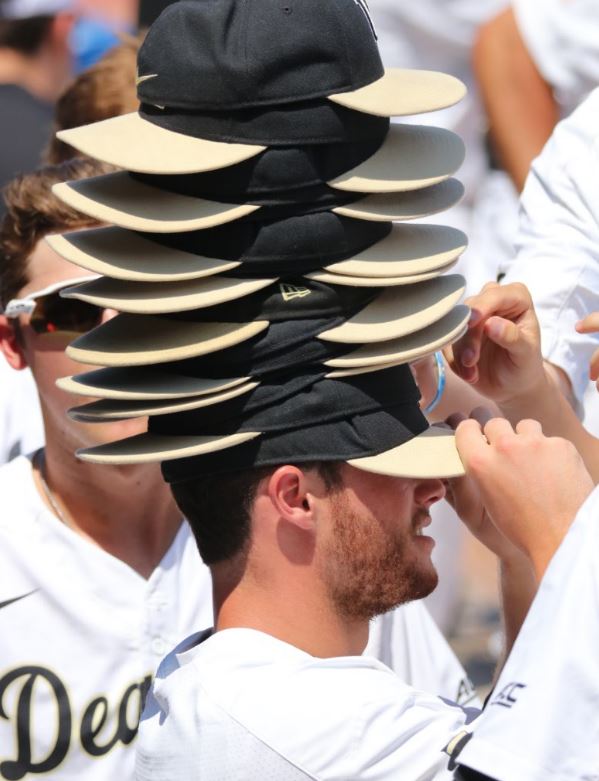 Duke took the lead in the 13th on a single, two hit-by-pitches and two bases-loaded walks before Chris Proctor delivered a two-run single to put the game away.

Patrick Frick led the Wake Forest offense by going 3-for-5 with a walk.