The first edition of the Distinguished Alumni Program offered a nod toward historic public high schools in the county. The honorees were paired with existing high schools located closest to where theirs had been rooted. 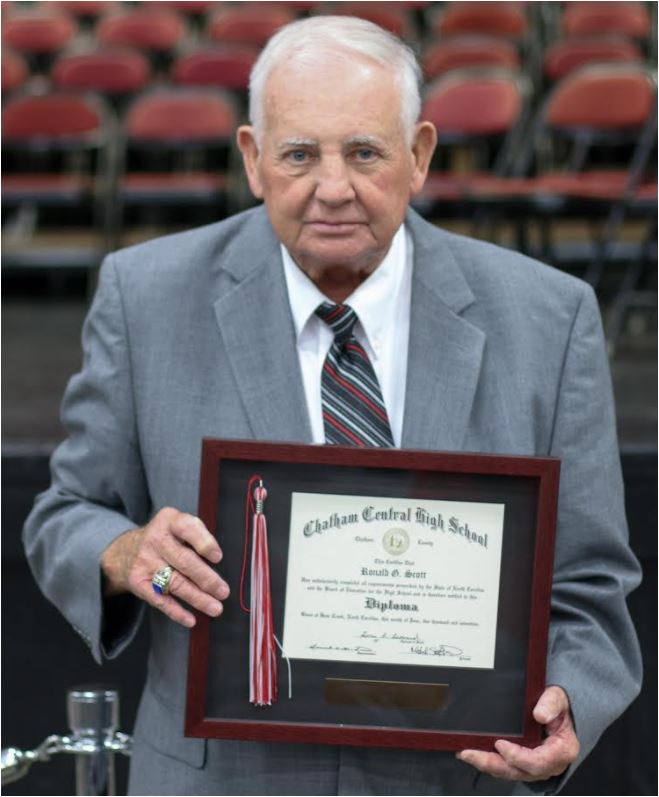 Scott accepted the award for his selection during Chatham Central High School’s June 9 graduation ceremony at the Dennis A. Wicker Civic Center in Sanford. He attended what used to be Bennett High School, where he was a multi-sport athlete. After graduating in 1959 from what has become Elon University, Scott taught at Chatham Central for seven decades. Some of the students who recently graduated from Chatham Central were in his driver education classes. Scott taught United States history, too. Plus, he coached Chatham Central’s baseball team to at least 500 wins, 11 conference titles and a state championship, carving a space for himself in the N.C. High School Athletic Association Hall of Fame. 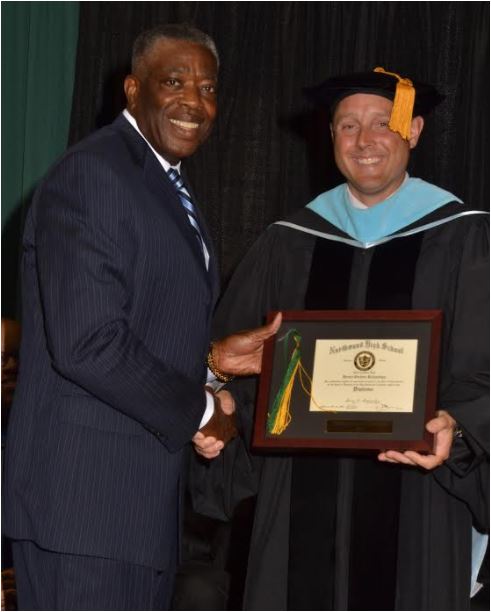 Richardson graduated from the former Horton High School in 1967. He received his Distinguished Alumni Award during Northwood High School’s June 10 graduation ceremony in Carmichael Arena at the University of North Carolina at Chapel Hill. In 1972, he graduated from N.C. A&T State University and was commissioned as a second lieutenant in the U.S. Army. After 22 years of combined active duty and reserve service in the Army, he became a lieutenant colonel. Richardson earned a master’s degree in urban education at Norfolk State University and became the transportation officer and strategic mobility operations officer for the Military Traffic Management Command (MTMC) in Washington, D.C. His performance during operations Desert Shield, Desert Storm and Uphold Democracy contributed to successful outcomes from the MTMC’s strategic mobility operations. Retired nowadays after 25 years as a civilian employee on the federal level, Richardson spends time tutoring students and leading young people through mock interviews so they’ll be prepared to pursue solid careers. 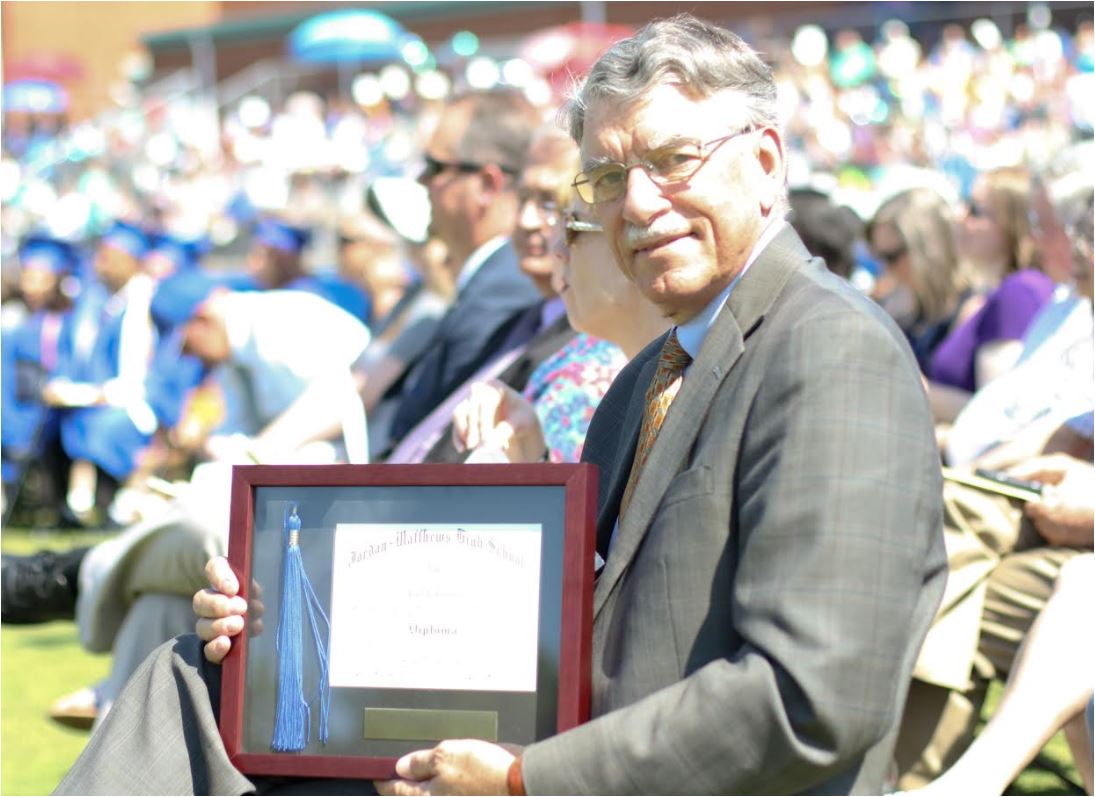 Hackney graduated from the former Silk Hope High School, became a lawyer and served 32 years in the N.C. House of Representatives, where he was house speaker, majority leader, speaker pro tempore and minority leader before retiring in 2012. He was honored as one of CCS’ distinguished alums during the June 10 graduation ceremony at Jordan-Matthews High School.

Part of the aim here is linking past CCS students with those moving through the district. Nominations for the 2018 Distinguished Alumni Program open in November.

← Randolph Telephone Telecommunications is bringing high-speed Internet to the Silk Hope community
One on One: Four books to entertain and disturb you during summer vacation →