Silk Hope, NC – There are 100 counties in North Carolina. 98 of them do not charge an impact fee. A good number of them, including Wake County, have been building new schools and some have far better schools than Chatham without an impact fee. If we built all of our schools
consistently the same instead of building fancy flagship schools like Margaret Pollard in the more affluent neighborhoods we would be just fine.

Every school needs to have the same resources for the teachers and students .Every school needs to be built in a similar manor with just some exterior differences for looks. If a child goes from one school to another there shouldn’t be a drastic difference in resources and environment. If you visit all the schools in Chatham you will see clearly what I mean . 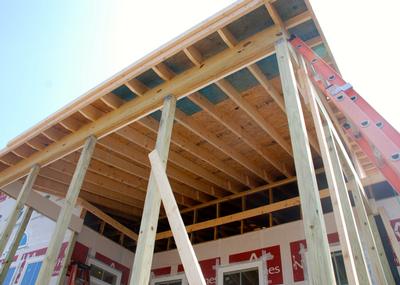 Now let’s look at some basic math. Realtor.com shows the average price of a new home in Chatham County at $285,000. If you build that new home in Bonlee where the county and township tax rate equals about 70 cents per $100 of evaluation; the first year it will increase the tax base by $1995 a year just for that home. There were 426 new homes sold in Chatham over twelve months and using that average the tax base increased by a minimum of $849,870.  My point is that the increase in the value of property due to development increases the county tax base.

Right now, bonds are at an all time low and its the perfect time for counties and town to invest in their infrastructure with bonds. That’s how every other county is building new schools and making repairs and upgrades without increasing taxes. Do you think its fair that if someone wanted to build a new one bedroom home to retire in that they would have to pay $3500 for a school impact fee when they will never add any children to the school system?  The fee is discriminatory in the way its applied. If someone has five kids and builds a new six bedroom home they pay $3,500 while adding five kids to the school system . A retiree who has already paid taxes on a bigger home who wants to down size has to pay $3,500 for a smaller home that won’t add any children to the school system.

Its not fair and its not right. Period.