Raleigh, NC – As North Carolina nears the 20th anniversary of the law that opened the door to public charter schools in the state, 82,000 students are enrolled now in charter schools. They make up a large chunk of the more than 280,000 N.C. students choosing nontraditional education options.

The John Locke Foundation is highlighting these and other statistics while celebrating National School Choice Week, Jan. 24-30. 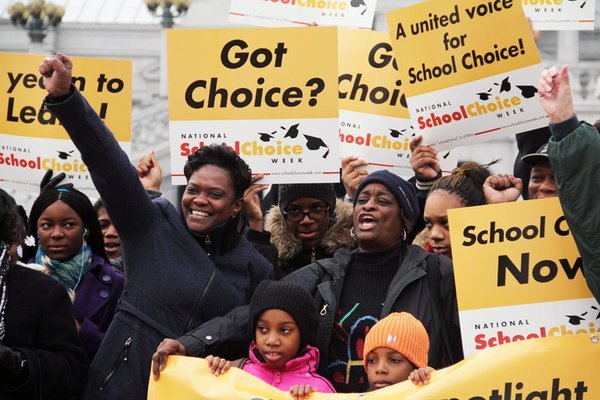 The celebration also includes a speech today from the head of the school choice advocacy group Parents for Educational Freedom in North Carolina. PEFNC President Darrell Allison speaks at noon at the John Locke Foundation office in Raleigh.

“Whether they’re attending public charter schools, private schools, or homeschools, more and more students in North Carolina have access now to education options that meet their needs better than the traditional district public schools,” said Dr. Terry Stoops, JLF Director Research and Education Studies. “National School Choice Week marks a great time to highlight changes in public policy that will pay dividends for the state, its families, and its kids for years to come.”

“As I travel across North Carolina, parents, educators, and community members in all parts of their state make it clear to me that they want their children to have the best possible learning experience,” added Lindalyn Kakadelis, JLF Director of Education Outreach. “Increased access to school choice is making it possible for more people to meet that goal.”

“If you grouped all charter schools together, they would form the state’s third-largest school district,” Stoops said. “Charter schools educate 5 percent of the state’s public school population today. And enrollment has roughly doubled in just the past five years.”

Charter schools operate in 59 of North Carolina’s 100 counties. As many as 16 new charter schools will open in August, Stoops said.

“Nearly half of the state’s charter schools received an A or B performance grade in 2015, compared to less than one-third of traditional district schools meeting that mark,” Stoops said. “Five of the 20 top-performing schools in the state are charter schools.”

The most recent additions to North Carolina’s school choice menu are opportunity scholarships for low-income students and grants for students with special education needs. Both programs help parents who would struggle otherwise to afford private-school options for their children.

“Over $5 million in opportunity scholarships are helping more than 2,500 students from low-income families this school year,” Stoops said. “Many more could be helped. More than 7,700 students applied for the scholarships during the last application period. Meanwhile, another 770 students benefit this year from the special-needs grant.”

Outside of the public school system, North Carolina has the 17th-largest private school population in the United States, Stoops said. “Last year more than 97,000 students enrolled in North Carolina’s 720 private schools,” he said. “Private-school enrollment has jumped 5 percent in the last 10 years, and there are more private schools operating in the state now than at any time in the past 25 years.”

“The official count of N.C. homeschoolers eclipsed the 100,000 mark in 2015 and now stands at 107,000 students,” Stoops said. “Every county has homeschoolers, and no county had fewer than 28 homeschools last year.”

“Strengthen our state’s virtual schooling options by expanding access and enrollment,” Stoops added. “Safeguard the right of parents to educate their children at home by protecting them from intrusive and unnecessary regulatory requirements.”