Chapel Hill, NC – What does a new 800-page history of 20th Century Europe have to do with North Carolina politics of the 21st Century? 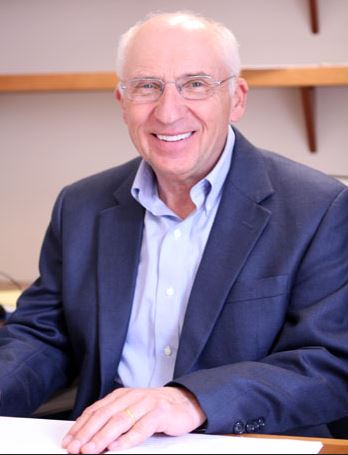 First, a few words about the book itself, “Out of Ashes: A New History of Europe in the Twentieth Century,” by UNC-Chapel Hill Professor Konrad Jarausch. The book describes what happened in Europe during the 100 years beginning in 1900, when France and England controlled much of the non-European world, and the empires of Germany, Russia, and Austria-Hungary ruled much of the European continent. It then takes its readers through two brutal and disastrous world wars. What followed was a contest between two dramatically different views of how a modern European society should be ordered.

Summarizing such a sweeping story in a short column is an imposing task. But that task is not nearly so challenging as the one Jarausch takes in attempting to capture in a single book 100 years in the life of a continent torn apart by war, national rivalries, and incompatible ideological, political, and economic systems.

Jarausch’s theme for this century of history is the variety of pathways to modernization that the Europeans embraced. The century began with hopefulness in great potential progress due to the industrial revolution. The First World War showed that this same potential for progress also created the means for what Jarausch calls “unparalleled destructive force.”

After the destruction and disruption of that war, three alternate ideologies for modernism competed for dominance: the Bolshevik-Soviet version of Marxism, the racial and nationalistic fascism of Germany and Italy, and what Jarausch calls “Wilsonian capitalist democracy.”

One of the strongest features of “Out of Ashes” is Jarausch’s balanced description of the attractiveness of each of these models. He explains how the economic and political disorder of the early 1930s in Germany provided an opening for the promise of order in the form of the Nazi brand of modernity. He describes how “The stunning success of Stalinist modernization in the Soviet Union attracted many intellectuals from the West who praised the Soviet model of radical egalitarianism as path to the future.”

In the Second World War, Jarausch explains, “The conflicts between these programs enhanced the malignant sides of the process, causing untold new forms of suffering in the war of annihilation and Holocaust.” In the end, the World War II alliance between Soviet Marxism and capitalist democracy won over fascism, leaving the winners to compete in a Cold War that divided the shattered continent into competing eastern and western regions.

The subsequent collapse of the Soviet Union, as Jarausch explains, left “only democratic modernization as a model for the transformation of Eastern Europe. But new global challenges of economic competitiveness, ‘poverty migration,’ and international terrorism quickly ended the feeling of triumphalism. Around 2000 Europe faced the task of defending its own version of welfare capitalism against the hegemony of the American model and the rising Asian competitors.”

There was, of course, no single European model of welfare capitalism. For instance, in post World War II Britain, the Labor and Conservative parties battled over the degree to which the government would control the economy, provide social protection to the populace, and actively enhance opportunity for the advancement of all classes.

That sort of debate continues in Europe and in North Carolina, where there is a widely shared commitment to democratic capitalism. It is the details that divide us: medicaid expansion; unemployment compensation; public programs to fight poverty; jobs training and retraining; strengthening public schools, community colleges, and universities; subsidizing research and development of modern technologies; and expanding government support for public health, culture, and parks, for example.

Those details will be issues in the upcoming political campaigns in which we can celebrate our own model for debating and determining our future within a democratic model.

D.G. Martin hosts “North Carolina Bookwatch,” which airs Sundays at noon and Thursdays at 5 p.m. on UNC-TV. Preview the upcoming program on UNC-MX digital channel  (Time Warner #1276) on Fridays at 9 p.m. This Thursday’s (January 7) guest is A. J. “Tony” Tata, author of “Foreign and Domestic.” Next week’s (January 10, 14) guest is Kathy Reichs, author of “Speaking In Bones,” opening show for the 2016 Bookwatch season.

Jon Shain and FJ Ventre at Bynum Front Porch on July 30. The duo play all around the borders of the blues, including elements of blues-rock, jazz rhythms, ragtime picking, and John Hurt-esque folk melodies.chathamchatlist.com/2021/07/27/jon-shain-and-fj-ventre-at-bynum-front-porch-on-july-30/ ... See MoreSee Less

If you haven’t already joined Bynum Front Porch this summer for one of these FREE, family friendly, Friday evening shows, make this one your first. Bring your families, friends and lawn chair...
View on Facebook
· Share

CORA is getting ready for our Hunger Heroes Food Drive this August! Here is a list of the most needed items and you can drop them off at local businesses or CORA. CerealMasecaCanned fruitCanned veggiesCanned salmonPastaCanned pasta sauceOlive oilSpices Learn more here: corafoodpantry.org/events/cora-hunger-heroes/ *Rebecca Hankins**Development and Communications Director*40 Camp Drive, PO Box 1326…...chathamchatlist.com/2021/07/27/hunger-heroes-food-drive-to-help-those-facing-hunger-in-chatham/ ... See MoreSee Less

CORA is getting ready for our Hunger Heroes Food Drive this August! Here is a list of the most needed items and you can drop them off at local businesses or CORA. CerealMasecaCanned fruitCanned veg...
View on Facebook
· Share