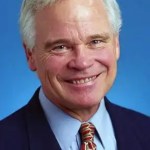 Chapel Hill, NC – Have you seen the TV ad with George Foreman? “People ask me all the time, George, how do I get my idea in front of companies.”

Well, this time of year people ask me all the time “DG, what is a good book for me to give this Christmas?

I don’t have one perfect answer. But I can suggest some recent North Carolina related books to consider.

Memoirs: Three prominent North Carolina writers shared their life stories in recent books. In “Half of What I Say Is Meaningless,” former state poet laureate Joseph Bathanti tells how a working class Catholic from Pittsburgh confronts the Bible Belt when he moves to North Carolina. Bestselling author of “Under the Tuscan Sun,” Frances Mayes, in “Under Magnolia: A Southern Memoir” gives an account of growing up in the small-town 1950s South. Famed novelist David Payne, in “Barefoot to Avalon: A Brother’s Story,” tells about growing up in Henderson and the family stresses that exploded when his younger brother was killed in an automobile accident. “Under Magnolia: A Southern Memoir” gives an account of growing up in the small-town 1950s South

The explosion of race-related discontent in our cities and campuses pushes us to look for wisdom in the experience of others. The memoirs of Howard Fuller in “No Struggle, No Progress” and Damon Tweedy in “Black Man in a White Coat” can give people of every color a better understanding of the experiences of black people in a white world.

Music and culture: Doug Orr and Fiona Ritchie recently won the 2015 Thomas Wolfe Memorial Literary Award for their book, “Wayfaring Strangers: The Musical Voyage from Scotland and Ulster to Appalachia.” The book and accompanying CD tie the mountain music of Appalachia to its people’s homelands in the British Isles.

Food: Sheri Castle’s “The Southern Living Community Cookbook” is a perfect gift for anybody who loves the old community and church cookbooks. Bridgette Lacy’s new “Sunday Dinner” is a short combination memoir and recipe collection celebrating our region’s tradition of big family meals.  In “Foods That Make You Say Mmm-mmm,” Bob Garner travels across the state to tell us about our favorite foods. Marcie Ferris’s “The Edible South: The Power of Food and the Making of an American Region” is an in-depth look at the origins of Southern foods.

Finally, there are two compelling nonfiction works by N.C. State professors: Cat Warren’s “What the Dog Knows: The Science and Wonder of Working Dogs” about the life and work of a cadaver dog, and Rob Dunn’s “The Man Who Touched His Own Heart,” a captivating history of efforts to understand and heal human hearts.

There will be more about some of these books in later columns. In the meantime, take this list to your local bookseller who can help you make selections and suggest other options for folks on your gift list.

D.G. Martin hosts “North Carolina Bookwatch,” which airs Sundays at noon and Thursdays at 5 p.m. on UNC-TV. Preview the upcoming program on UNC-MX digital channel  (Time Warner #1276) on Fridays at 9 p.m. This Thursday’s (December 10) guest is Wiley Cash, author of “This Dark Road to Mercy.”

Next week’s (December 17) guest is Krista Bremer, author of “A Tender Struggle: Story of a Marriage” Former Title: “My Accidental Jihad.” Note that Bookwatch’s Sunday (December 12) airing will be preempted for special programming.

Sunday noon December 20 Allegra Jordan, author of “The End of Innocence: A Novel”

Thursday 5pm December 24 Allegra Jordan, author of “The End of Innocence: A Novel”