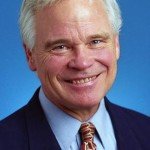 Chapel Hill, NC – Two people who wanted to be something else have grabbed our attention recently: Rachel Dolezal, the former NAACP chapter president in Spokane, Wash., and Caitlyn (formerly Bruce) Jenner, the 1976 Olympic decathlon champion.

Dolezal, who grew up white, wanted to be black. She took every step she could think of to be a black person. Though her parents are white, she grew up with black siblings. She married a black man and has black, or mixed-race, children. She attended the historically black Howard University. Later, she worked enthusiastically and effectively to improve the lives of black people. 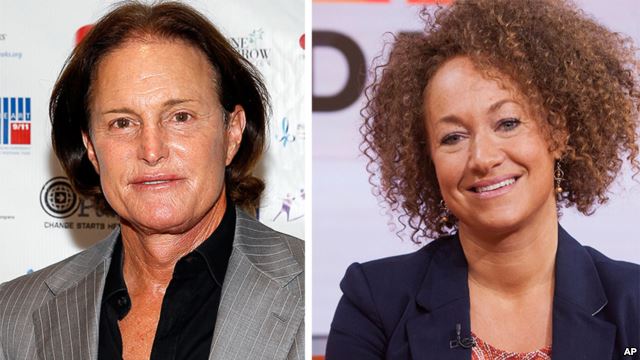 Bruce Jenner, who grew up male, wanted to be a woman. Many applauded, although some women said, “Oh no, you can’t be a real woman. You didn’t spend a lifetime with the terrible challenges that every real woman has to face.”

Although some African Americans welcomed Dolezal’s efforts to be a part of the black community, others said, “No. Only those who have actually suffered the challenges that all real black people face from birth can have a legitimate claim to be black.”

Dolezal and Jenner brought back an assortment of personal memories of encounters on the fault lines of race.

The late Maxine O’Kelly, an outstanding African-American leader, served on the UNC Board of Governors while I was Secretary of University. One day she explained to us that her very light skin created ambiguities and problems for her, so that she determined to marry someone with much darker skin, “so my children would never have to worry about people thinking they were white.”

Several years ago, at the request of then University of North Carolina-Pembroke Chancellor Joseph Oxendine, I worked for about six months in Pembroke, the unofficial capital of the Lumbee people. Some Lumbees have red hair and blue eyes, and others have very dark skin. These differences cause no problem for Lumbees. UNC-Chapel Hill history professor Malinda Maynor Lowery in her book, “Lumbee Indians in the Jim Crow South: Race, Identity, and the Making of a Nation,” lovingly and authoritatively explains that the identity of the Lumbee is defined primarily, not by the percentage of Indian blood, but by kinship, mutual recognition, and strong and longstanding connections to the land.

While we were living in Charlotte, my children were assigned to formerly all-black West Charlotte High School. Our children flourished, making us proud of their performance and of our connection with the school’s history. However, once an older woman in the school’s neighborhood jarred me when she said loudly and pointedly, “The white people have come and taken our school away from us.”

For many years, my family and I were active members of a predominantly black church in Charlotte, where our children learned at an early age the otherness of being a minority. But when I tried to take advantage of our commitment to the “black church” in my political campaigning, a black minister deflated my claims, saying, “That is not a black church. It is a white church that has black members.”

In “Civil Rights Journey: The Story of a White Southerner Coming of Age during the Civil Rights Revolution,” my brother-in-law, Joe Howell, explains how he and my sister were active in the civil rights movement in the deep South during the summer of 1964, at a time when the leadership of the Student Non-Violent Coordinating Committee (SNCC) determined that white people would no longer be welcome in leadership positions.

Howell records his humiliation under the SNCC leadership on the same pages he describes the humiliations of the local blacks under the oppressive white power structure.

What are the lessons from these recollections?

I am not sure, except that when we react to those who want to change their lives dramatically or discuss our racial differences and attitudes, we should look for ways to communicate with kindness and respect.

Stuff like this is frustrating when there are folks in our community who are really hurting from the lockdowns -In Forbes, Adam Andrzejewski writes that a provision in the $1.9 trillion House bill—“the American Rescue Plan Act of 2021”—would allow federal employees to make up to $1,400 a week without working.Buried on pages 305-306 of the legislation, the provision creates a $570 million fund for disbursements to federal employees who are not working because they are caring for others because of the coronavirus.Under the legislation, full-time federal employees are eligible for 600 hours in paid leave through September, receiving up to $35 an hour.That’s 15 weeks for a 40-hour employee.The legislation doesn’t distinguish between a school that is closed and one that simply allows children to learn remotely. As a result, federal employees could simply choose to have their child learn remotely and be eligible for benefits.The legislation places no restrictions on a child’s age.The bill pays federal employees up to 15 weeks of paid leave at $1400 per week if they have to stay home to virtual school kids.You get $1400 once. They get it every week for 15 weeks. ... See MoreSee Less
View on Facebook
· Share

Maybe vaccines and the pathway to herd immunity are working the way they are supposed to be?The Media Predicted a Post-Holiday COVID Surge. Then Cases Plummeted.On the Sunday after Christmas, Dr. Anthony Fauci had a warning for CNN viewers: The nation may be on the brink of a “post-seasonal . . . Christmas, New Year’s surge” of coronavirus cases.For weeks, as COVID-19 cases climbed across the country, Fauci spread the word that the U.S. could face a “surge upon a surge.” Christmas could be worse than Thanksgiving, he said, because the holiday gatherings often lasted longer, sometimes a week or more.Dr. Michael Osterholm, then an adviser to President-elect Joe Biden, predicted a “surge upon a surge upon a surge.”Mainstream media outlets warned readers to “brace for another onslaught of COVID-19 cases,” warning that “the post-Christmas surge has begun.” The Atlantic suggested that “it’s time to hibernate,” after previously predicting a COVID “tsunami” in Iowa that never materialized.Forecasting models published by the Centers for Disease Control and Prevention in early January showed the virus continuing to grow and spread for several more weeks.Even into early January, that looked like the most likely scenario. On January 8, the CDC reported 315,106 new coronavirus cases, the highest number yet during the pandemic.But then, the number of new cases started to fall off. And not just fall off, but plummet. On Monday, new cases fell to 55,419, a more than 80 percent drop-off from that January peak. ... See MoreSee Less

By Gene Galin Pittsboro, NC – On Thursday evening, both the boys and girls Northwood basketball teams proved victorious in their second round NCHSAA tournament games. Both teams advance to the third...
View on Facebook
· Share

Truth?People who are vaccinated against COVID-19 shouldn’t be told to continue wearing masks and social distance, Rep. Darrell Issa said Friday.“For 100 years almost, since we’ve been developing immunity capability, people have always known if you survive smallpox, you don’t get it again. You get chickenpox, you don’t get it again. You get a vaccine; you stop worrying about polio, etc. For the first time ever, here is a series of vaccines, safe and effective, 95 plus percent effective, and what’s happening? They’re telling us to leave our masks on, to continue social distancing. That’s absurd,”“The reality is that the benefit of taking this safe and effective vaccine is so you can get about your life, go back to doing things as usual. And as a result, we should be celebrating, mask-free,” he added.Issa has received two vaccine doses and therefore chooses not to wear a mask. “The reason I’m not wearing a mask right now is I’ve had my two shots; I am immune,” he said. ... See MoreSee Less