Governors across the United States have reacted in various ways to the COVID-19 pandemic. In these difficult times, it is instructive to consult The Federalist Papers, which discuss the division of responsibilities between state and federal governments for what Founding Father James Madison argues is the happiness of citizens. Federalist Paper Number 45 argues that state governments are closer to the people and therefore can best focus on their welfare, regulating ordinary affairs such as the lives, liberties, and properties of the people, as well as the internal order of each state. Madison notes that “The operations of the federal government will be most extensive and important in times of war and danger; those of the state governments, in times of peace and security.” In the absence of an early and orchestrated federal response, states, both governors and their legislatures, have been active in their response to COVID-19.

While it is too early to see the long-term effects of this crisis, we can begin to note and analyze the current response of states in order to inform policy decisions going forward. In evaluating state-level responses to the COVID-19 crisis, we recorded governors’ executive actions related to the pandemic’s economic impact. These actions fell into nine categories: business assistance, family assistance, health access, housing, medical response, supply access, task force formation (on both the regional and state level), unemployment and utilities.1 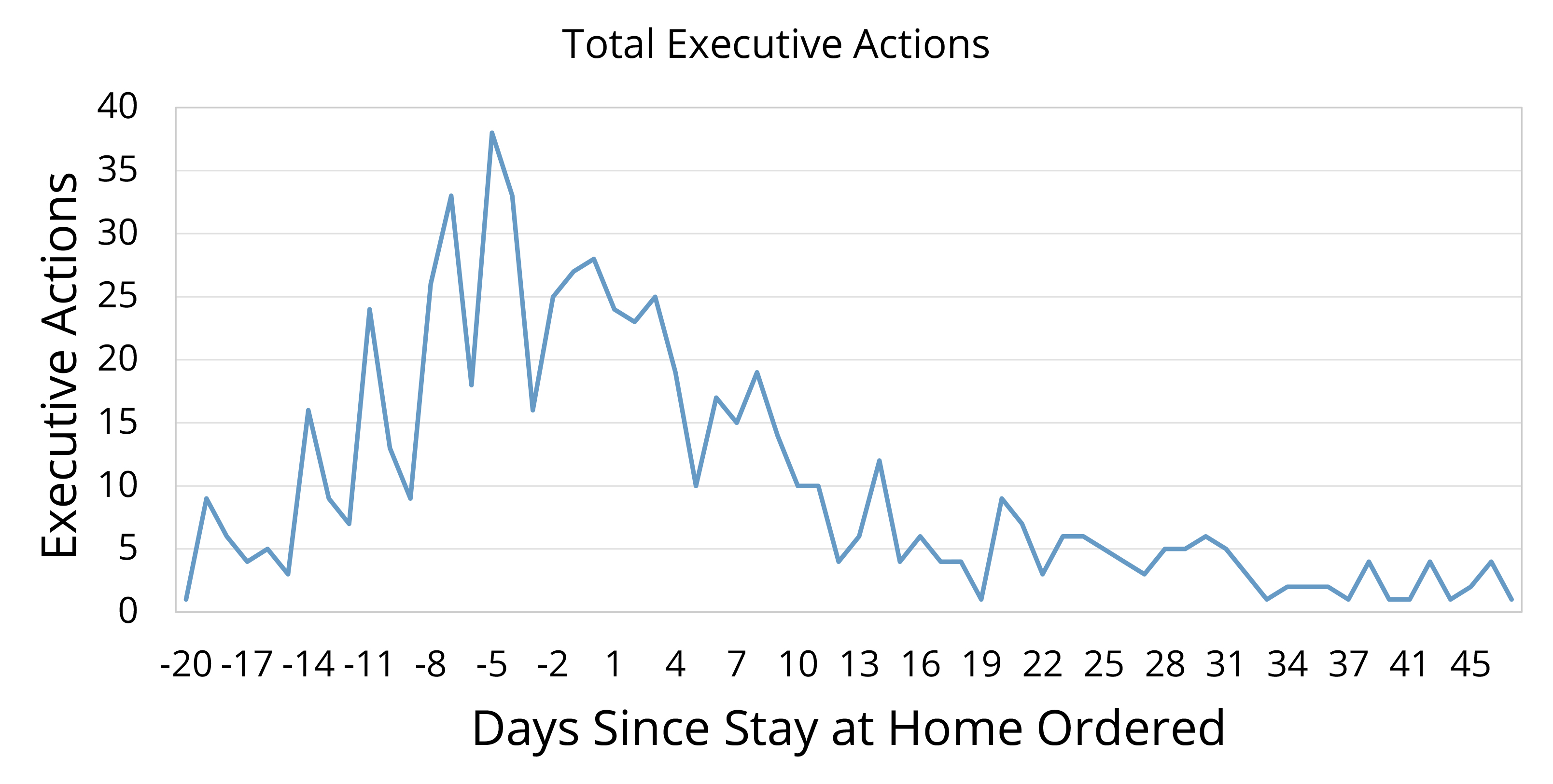 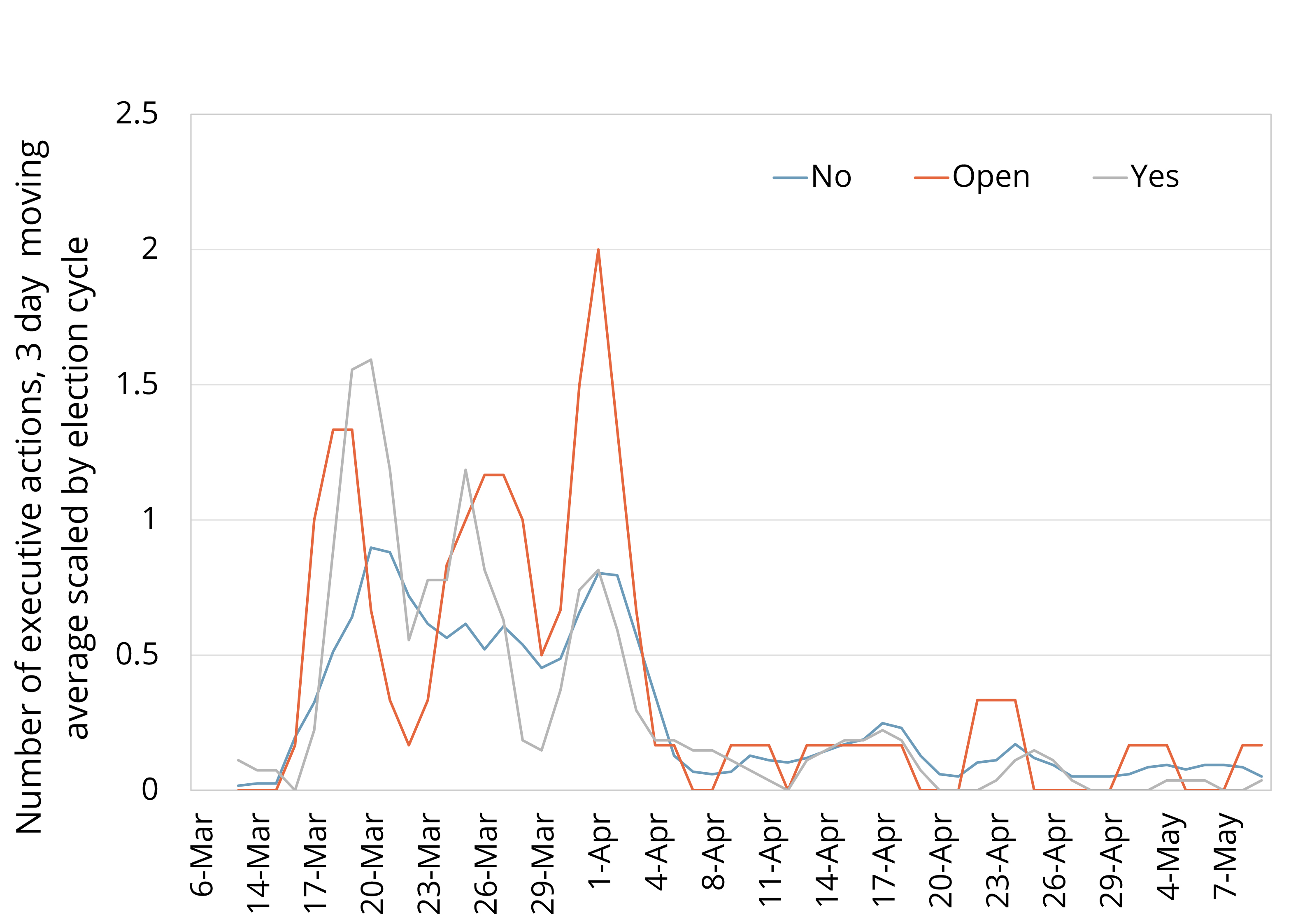 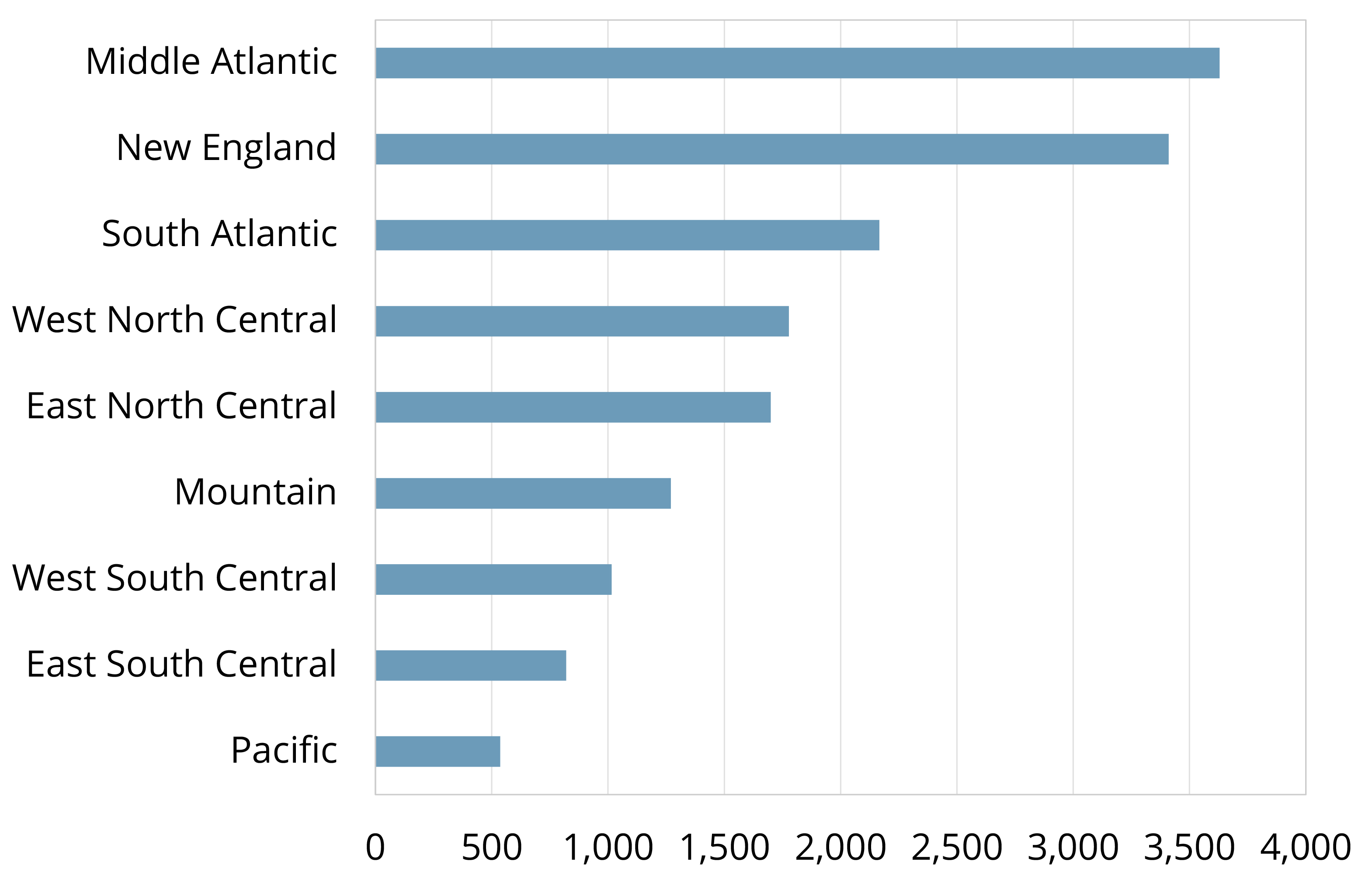 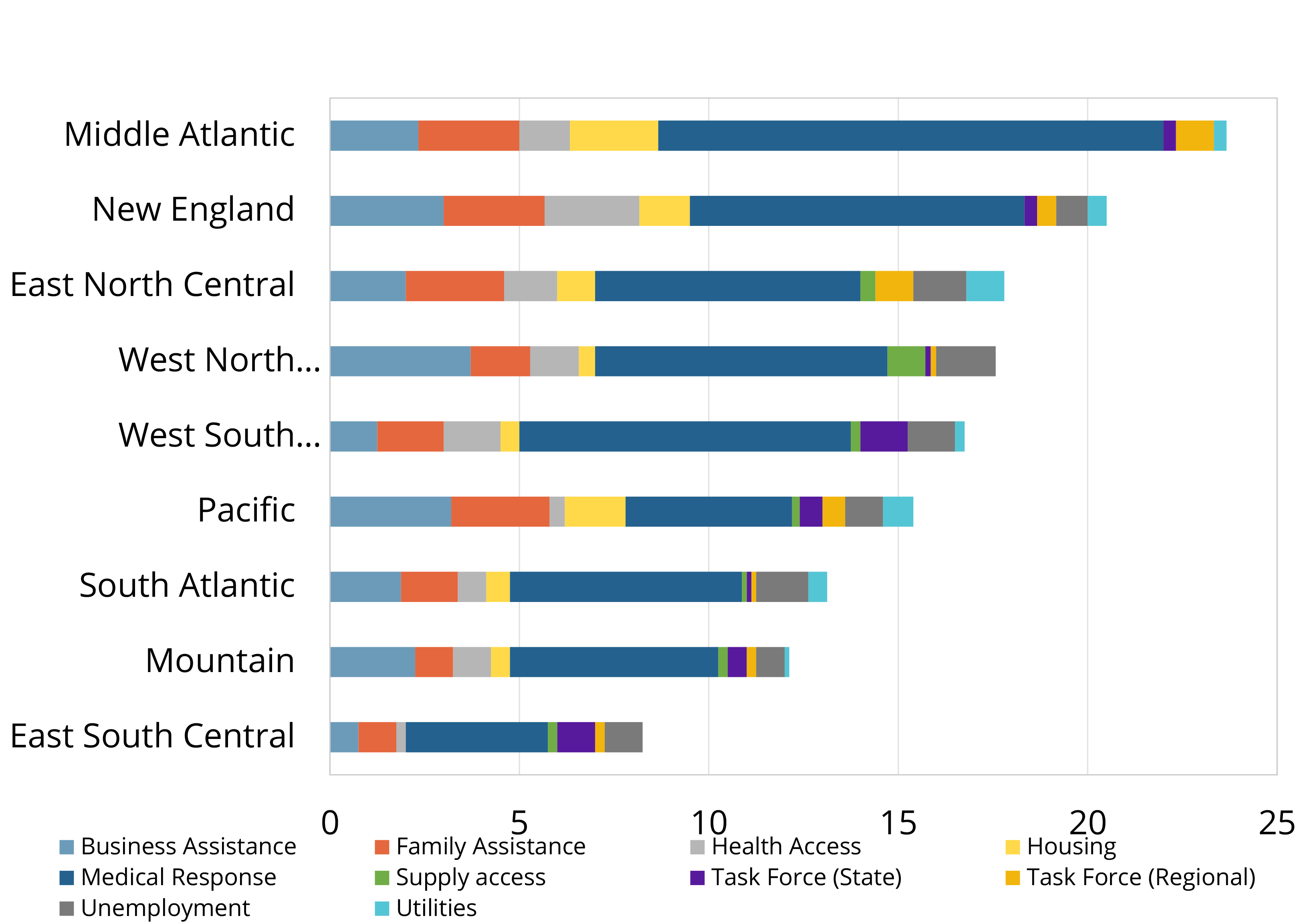 As seen in FIGURE 1, the total number of executive actions taken in states across the nation peaked before the state issued a stay-at-home order, indicating that governors may have used such orders as a last resort to combat COVID-19 in their states.

While it is too early to conclude the overall effects of these actions on long-term economic recovery, it is clear that states are battling competing tensions between the need to keep communities safe and healthy amid COVID-19 and the need to start economic recovery to help alleviate the dire financial situation facing many individuals, families and businesses.

1 See accompanying factsheet for more details. Actions regarding lifting guidelines were not taken into account for this initial analysis.